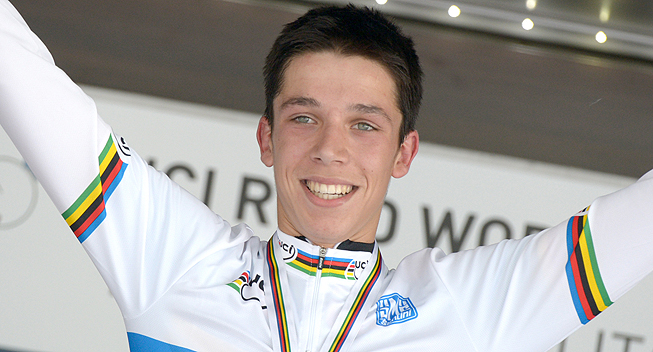 According to news reports, the junior world time-trial champion, Igor Decraene, has died in an apparent suicide. He was 18 years old.

"A native of Waregem in northern Belgium, Decraene killed himself not far from there at Zulte, the Belga news agency said without giving further details," AFP said.

The Belgian Cycling Federation confirned the news on its website yesterday. Its president, Tom van Damme, said, "It’s difficult to comment on this terrible news. It will take time."

At just 18 years of age, Igor was the current Junior individual time-trial World Champion. At the end of 2013, he received the Vélo de Cristal as best Junior rider of the year in Belgium, and was due to defend his title in a few weeks time in Ponferrada at the 2014 UCI Road World Championships in Spain.

UCI President Brian Cookson said: "This is a terribly sad news. Igor was a very promising rider. Our thoughts are with his parents, brothers, family and friends."

He was set to ride with one of professional cycling’s biggest teams, Omega Pharma -QuickStep, and take part in the world championships in Ponferrada Spain in September.

Many teams, riders, coaches, and fans expressed their condolences on social media.