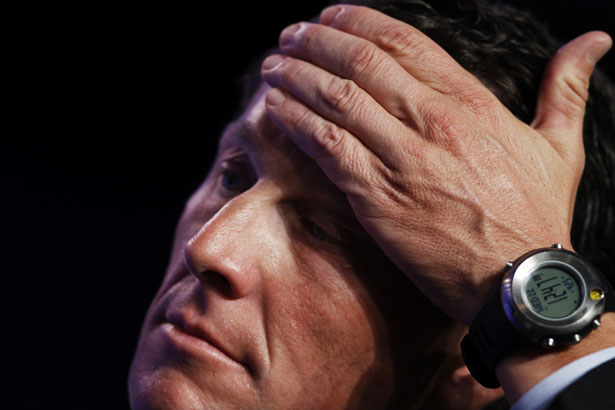 Just when you thought Lance Armstrong was being sued by just about anyone and everyone looking to crash in on his "doping" admission, yet another complainant is seeking their day in court against the disgraced cyclist.

Two firms that paid Lance Armstrong $500,000 in prize money for winning the Tour de France in 1999, filed a lawsuit earlier in the week seeking to recover the money in light of his admission to "doping" during his Tour de France victory.

Fireman Fund’s Insurance and the IMA Financial Group both filed suit against Armstrong on Tuesday in a Travis County district court. The two companies’ prize money was part of $2 million in bonuses that Armstrong received for winning the 1999 race, the suit outlined.

Armstrong has been sued by several other companies seeking to recoup bonuses paid for his seven Tour de France wins that were voided after he was found guilty of “blood doping.” Armstrong confessed to cheating during an interview with Oprah Winfrey in January 2013.

Gee, I can’t help but wonder, when Columbia House Records (remember them from the 70’s and 80’s), is going to come around the corner and cry foul, that Armstrong, like the rest of us, probably never paid the $1.00 for all those 8-track tapes. 😆