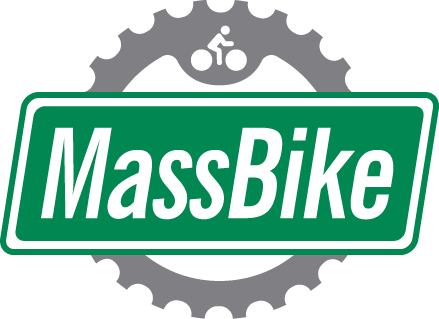 After an extensive search and interview process the Board of Directors of the Massachusetts Bicycle Coalition (MassBike) has named Richard Fries to serve as its new executive director. His appointment comes as new investments in infrastructure and education have encouraged more people than ever to explore bicycling as a safe, healthy, accessible transportation option.

“I’ve never been so excited about a professional opportunity before. From its compact urban centers and world-class transit system to its beautiful countryside, Massachusetts has all the ingredients we need to build a truly first-rate bicycle culture,” said Fries. “Whether you’re starting a new bike business, riding for the first time, or logging your thousandth mile, we can all work together to build a state where everyone has access to a safe, smooth ride.”

Fries’ experience in the bicycling community is both broad and deep. For the past eight years he has served as the marketing director and later the cycling experience director for Best Buddies International, where he helped promote as many as four charity cycling events per year. He has also served as a development advisor for People for Bikes, where he helped launch Tim Johnson’s Ride on Washington, and he spent two years as the director of the Bicycle Leadership Conference.

“Richard comes to MassBike with the perfect blend of advocacy, leadership, and industry experience that, combined with his passion for cycling, will help us continue to make bicycling better in every corner of the state,” said Jim Bradley, President of MassBike’s Board of Directors.

Having raced at the pro level both in America and Europe, Fries left racing to become a journalist. He co-founded The Ride Magazine, a regional cycling publication that focused on all facets of bike culture in the Northeast. He also developed a reputation as both a live announcer and a television commentator. Fries has called countless national championships and several UCI World Cups and the UCI World Championships in both road and cyclo-cross. He has been an event consultant for the past five years.

Fries will join MassBike on January 15 and succeeds David Watson who held the post for eight years. “I am honored to be joining MassBike at such a critical time, and that excitement only grew when I dug into the details of how well David Watson ran this organization,” said Fries. “I could not have received a better lead-out. This board, this staff, this membership, and many of our strategic partners have set Massachusetts up to become the gold standard for bicycling in the United States. ”

A native of Pittsburgh, Fries received a bachelor’s degree in history from the University of South Florida, and a masters degree in journalism from Northeastern University. A passionate bicycle commuter, Fries lives alongside the Minuteman Commuter Bikeway in Lexington, Mass. He and his wife, Deborah, have three children.