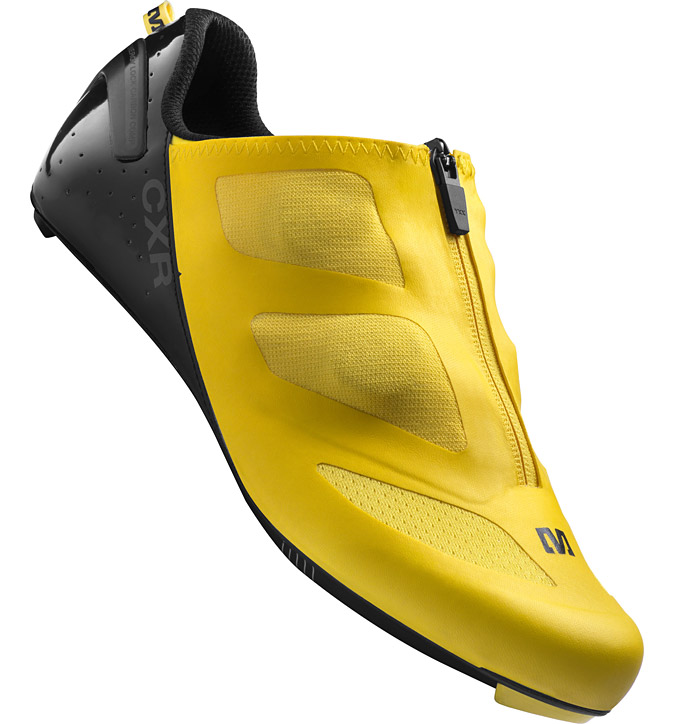 Mavic has been getting some "flap" (literally) for its new "aero" road shoe.

Called the CXR Ultimate, the new shoe boasts all of the features that make the French brand’s cycling shoes a top choice amongst enthusiasts, but this time with an aerodynamic "flap".

According to Mavic, the new "aeroflap", which is a zippered fabric layer that seamlessly integrates with the bonded upper to hide the Ergo Dial, is  "designed to maximize speed without overheating".

Despite the addition of the aeroflap, the CXR still weighs in at a paltry 260g. But, perhaps more importantly, it represents one of the grooviest looking road shoes out there.

Oh, and did I mention it was my favorite color yellow ? 😉