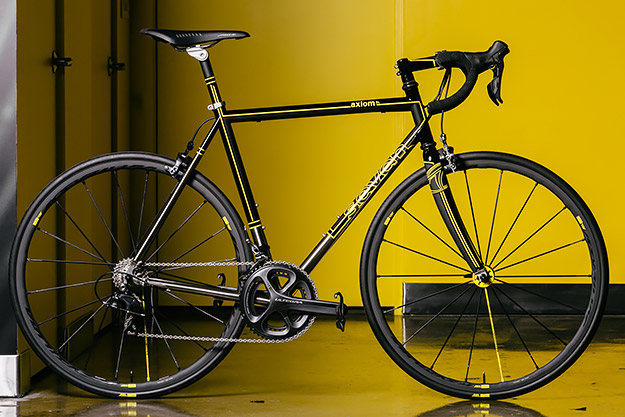 Back in July, Seven Cycles was asked to collaborate with Mavic, to help celebrate the iconic French wheel brand’s 125th anniversary.

As part of their collaboration, the Massachusetts-based Seven Cycles, decided to embellish upon one of their double butted titanium Axiom SL models, in manner that was emblematic of Mavic’s time-honored cadmium yellow color scheme.

The result was this exquisite specimen of frame building craftsmanship.

Bear in mind however, as with anything celebratory and commemorative, numbers are very limited. So, while there’s one currently available for auction – grab it while you can. Dig !

By the way, all proceeds from the auction will benefit the Davis Phinney Foundation, and its goal to provide help to those living with Parkinson’s disease.