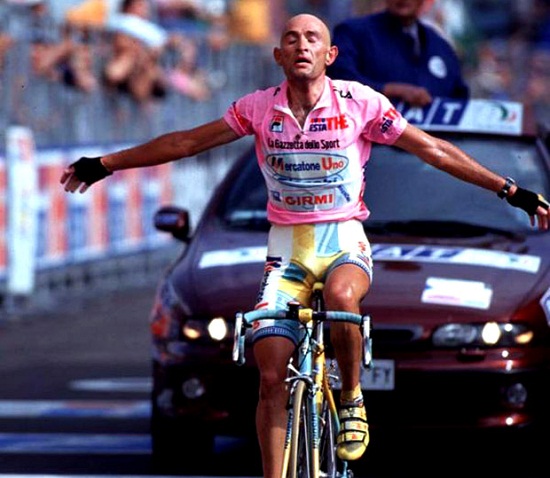 Author Andrea Rossini’s new book, that delves into the death of Marco Pantani, which suggests that the Italian rider died of a cocaine overdose and was not the victim of a murder – was corroborated this week by pathology expert, Dr. Franco Tagliaro.

Tagliaro sent his preliminary findings to the chief investigating magistrate in Rimini, Paolo Gengarelli, that supported the original findings by Dr. Giuseppe Fortuni’s, which ruled out any theory that Pantani’s injuries were the result of a struggle.

Tagliaro findings in relationship to Rossini’s book, are now likely to influence the direction of a private investigation, which was being initiated by Tonina Pantani, through with her attorney Antonio de Rensis.

De Rensis, who was expected to produce more evidence to police officials in the coming days, now appears to face an uphill battle to substantiate his claims that Pantani was murdered.

During a book presentation in Rimini this week, Rossini once more laid-out his motives for writing is book, saying that he’s "trying to reveal the truth".

Over the last several weeks, Rossini’s views have clashed with the Italian media; particularly with fellow journalist Francesco Ceniti of Gazzetta dello Sport, who has proceeded to heighten the suspicions cast by Pantani’s family – through his reporting.

"Andrea and I are not in different positions, we’re both working as journalists and both are asking questions and trying to find answers," Ceniti argued.

"I wrote the book as a fan of Pantani. Like millions of people in Italy, I loved how he attacked in the mountains. He was exciting and there have been very few riders like him ever since. The contents of the book became something more serious when the family started a private investigation. The fact that the police accepted to re-open the case and question people means that there could be something to it.

"I’m not afraid to say that some details in Andrea’s book have convinced me, some no, others partially. I’m not someone who specifically believes that there was a plot against Pantani, and I’m saddened to read that the Rimini police are considering legal action for defamation. I think it’s right to ask questions. I think it’s good for everyone, otherwise there will be questions on every anniversary of Pantani’s death."

Rossini is quick to point, how Gazzetta dello Sport has echoed most of Ceniti’s reporting, which has served to significantly sway public opinion in the case of  Pantani’s death.

"It was wrong to write ‘Pantani was killed’. In Italy a lot of people have believed that. But it was never that clear, never proven," Rossini said.

Writer Matt Rendell, is in the process of translating Rossini’s book into English. In addition, he also plans to update his own biography about Pantani, wherein he’ll also pour scorn on the Italian media for suggesting that Pantani was murdered.

"Pantani was a guy who had a serious problem. He made pleas for help as early as 1999 but never got the help he needed and deserved," Rendell said during the presentation.

"He suffered acute cocaine intoxication six times, and each time he time he behaved in exactly the same way: he locked the door, turned the heating high, closed himself off from the world and consumed huge amounts of cocaine. A friend said he was capable of going through 100-150 grammes of cocaine a week. They saved his life five times but they didn’t know where he was the sixth time…"

"What we saw in the Italian media, with journalists crying on television, meant that a lot of Italian people believed that Pantani was somehow killed, even if there wasn’t the proof to believe it.

"This book is a great book and I’m proud to be here with a journalist like Andrea Rossini, who is saving the image of Italian journalism."