Michele Acquarone Voices His Anger After Being Fired By RCS Sport 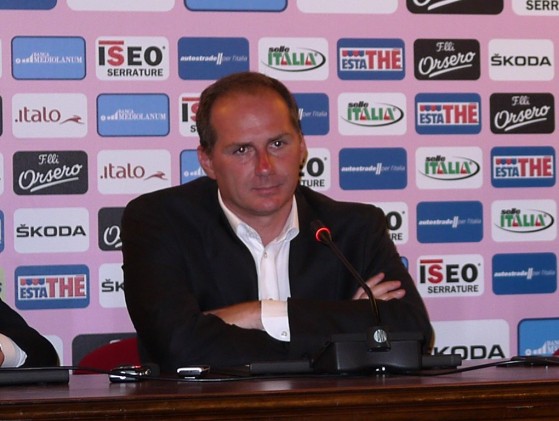 Michele Acquarone voiced his anger toward RCS Sport today, after the firm fired him this week as it’s director of the Giro d’Italia – for the alleged misappropriation of more than $13 million in unaccounted funds.

After authorities in Milan opened up an investigation into the missing money, RCS Sport moved to terminate Acquarone and it’s  CEO Giacomo Catano on Tuesday.

Speaking publicly for the first time, Acquarone defended his innocence stating that he had never stolen amount of money, vowed to clear his name.

"I’m here because I need to get rid of the mud that has been thrown at me. I’ve not been able to speak because I was an employee of RCS. Today I need to say what I feel, to shout that I’m totally extraneous to what has happened," Acquarone said after reading a statement.

"I’m not under investigation but I can’t see a single reason why I should be."

"I’ve never taken one Euro more than my salary. That’ll be the most difficult thing to convince people. I was in the headlines, on the BBC and in the Washington Post. I hope I’ll have the same headlines when I’m cleared. I want to prove my dignity to be 100% restored."

Acquarone was under the careful guidance of his lawyer while speaking,  who at times,  stopped him from speaking directly about what happened at RCS sport and other people involved in the case.

"I was suspended and to be honest initially I wasn’t worried. Everything seemed perfect when I came back from my holidays in September and we were ready to start working on the new season of events. After I was suspended, as the days passed I was hoping that things would be clarified. That didn’t happen until I was accused and then fired, with RCS saying "that I could have and should have stopped certain irregularities happening," he explained.

"I asked RCS to explain how I should and could have done that and asked for the reasons for me being fired. They replied that my request was an excuse and shouldn’t have been made."

"People think I’ve fooled myself about being cleared but I’d hoped to go back to work right to the end. To find myself out of RCS Sport is devastating and feel I’ve been stabbed in the back three times."

Acquarone said he felt like "a tiger in a cage" and was determined to speak out. He now hopes to rebuild his professional career after 14 years at RCS.

"I’ve spent a long time thinking about my tomorrow. I’m 42. I’ve run a marathon in the past and now I’ve got to run another and start from scratch," he said.