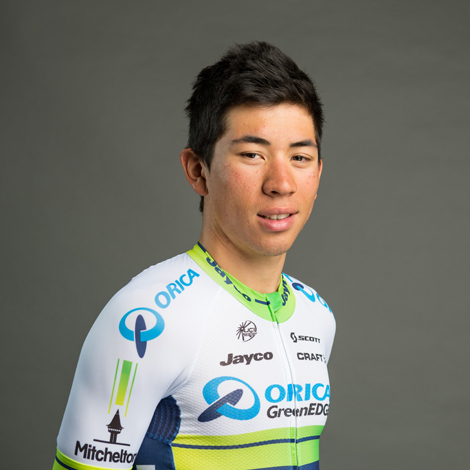 It was another heated day of racing for stage two of the Mitchelton Bay Cycling Classic, which saw Caleb Ewan dominate for a second consecutive day and Gracie Elvin proving an unstoppable force in the Elite Women’s event.

Mother Nature held nothing back along Geelong’s Eastern Gardens as riders faced extreme conditions on day two of racing with unrelenting 60km/hr winds and over 40 degree temperatures.

In the Elite Men’s event, 2013 champion Caleb Ewan demolished the field in the final sprint, proving to be a force to be reckoned with in this year’s Classic.

“Riding in conditions like today is tough but it’s tough for everyone and I knew if I was finding it tough behind the wheel then the guys at the front were doing it really hard. I’m just really lucky to have such a great, strong team behind me all the way,” Ewan said.

The race appeared to be anyone’s to win early on with a quality two-man breakaway forming from the outset involving Benjamin Hill (CharterMason Giant Racing) and Aaron Gate (New Zealand National Team).

The pair’s attack spurred Dylan Pierre-Humbert (Wormall CCS), Leigh Howard (Orica GreenEDGE) and Miles Scotson (South Australia Sport Institute) to follow suit and launch an attack from the peloton in an attempt to rein the two riders back in.

It was a game of cat and mouse to follow as the gap between the two breakaway groups extended out to 36 seconds from the peloton before the second intermediate sprint.

With his lightning speed in the final few meters, Benjamin Hill achieved the win for the second sprint and extended his race lead with Aaron Gate to 12 seconds from the chasing three riders.

With Leigh Howard amongst the second breakaway, Orica GreenEDGE established themselves at the front of the peloton to set the pace for Ewan when the time arose.

“Even though the leading riders had quite a break I was never really worried because if we weren’t able to catch them I knew Leigh was there and would finish the job,” Ewan said.

Up until this point Ewan remained quiet amongst the peloton, patiently waiting for the opportunity to display his sprinting prowess.

Under the pressure of the chasing three riders, Hill and Gate were unable to maintain their lead with 10 minutes left on the clock.

“It was really tough conditions. We wanted to be pretty aggressive so we split up and went on the attack; it was a little earlier than expected so it made for a hard day,” Hill said.

It appeared as though the peloton would easily catch the remaining five-man breakaway, with only 7 seconds the gap until Scotson made a surprise attack to take the lead.

Scotson increased his lead out to 28 seconds ahead of the peloton before being caught by Howard and Pierre-Humbert with five laps to go.

Scotson, at only 19 years of age and part of Australia’s World Champion Team Pursuit squad, continued to dig deep despite the onslaught of the peloton, which were closing in.

With the final three-man breakaway caught on the final lap and Orica GreenEDGE members sitting comfortably at the front of the peloton, it became Ewan’s race to lose.

With 50 meters to finish and the support of his team behind him, Ewan proved unchallenged in his sprint to the line.

“The boys made it so easy for me today in such tough conditions, so I didn’t have to touch the wind the entire race and as you could see there they pretty much just rode the front from start to finish and just blew the race to pieces,” he said.

“It was the plan to sit on Mitch Docker’s wheel the entire race until the lead out in the end, and those guys basically took Mitch, Michael and I until 500 meters to go and then when we hit the front, the race was done,” he said.

With another win in the bag for the champion sprinter, he maintains his yellow race leader’s jersey and green sprinter’s jersey for a second consecutive day.

“I’d love to make it a clean sweep, having done two from two today but I think I’m going to feel it tomorrow on a really tough course but we have other options so it will be interesting to see what happens,” Ewan said.

In the Elite Women’s Event, Gracie Elvin of Orica-AIS proved to be in a league of her own as she demolished the field in a lone breakaway to take out the win by 1min 38 seconds.

The intense conditions appeared to be no challenge for Elvin, with strong winds and heat playing to her strengths.

“I woke up this morning and looked out the window to see it was seriously windy and I just couldn’t wait to race. I love these conditions,” Elvin said.

With the peloton remaining together in the initial stages of the race, Elvin made a swift attack to break away from the bunch at the 20-minute point, only to maintain her lead for the duration of the race.

With her lead extending with every lap, there was no stopping the impressive Elvin as she soared to victory in atrocious conditions.

A depleted peloton, clearly affected by the unrelenting wind, were unable to match the attack of Elvin and an attempt to contain her was not initiated.

“I’m going to go to bed with a very big smile tonight I think. It was a great way to start the year, as I have been feeling awesome training so it’s nice to come here and actually get a good result,” Elvin said.

“It’s very lonely out there by yourself. It’s not an ideal way to win a bike race but it’s also a fantasy way to win so it’s fun,” she said.

With the peloton unable to keep up with Elvin’s onslaught, it was clear they were riding their own race.

On the final lap a split in the peloton began to form with Sam De Riter (Individual) and Amanda Spratt (Orica-AIS) taking the lead towards the final sprint.

The Orica-AIS team was positioned ideally within the peloton and almost managed a clean sweep of the podium as they took out placed 1st (Gracie Elvin), 2nd (Loes Gunnewijk) and 4th (Amanda Spratt).

In the John Cornish Memorial Support Race, Mathew Ross of the VIS/Jayco/John West/Apollo Team achieved his first win of the series and also claimed the yellow leader’s jersey from yesterday’s stage one winner James Butler.

Teammates Angus Lyons and Ross worked as an unstoppable team in a powerful attack that enabled them to take the lead with 10 minutes to go ahead of a depleted peloton.

Lyons appeared to allow Ross to cross the line first and pick up the points to take the lead in the overall classification ahead of Butler now in second.

With cooler temperatures expected on Sunday for the notoriously tough Portarlington circuit, anything is possible as teams and riders battle it out for the top placings.