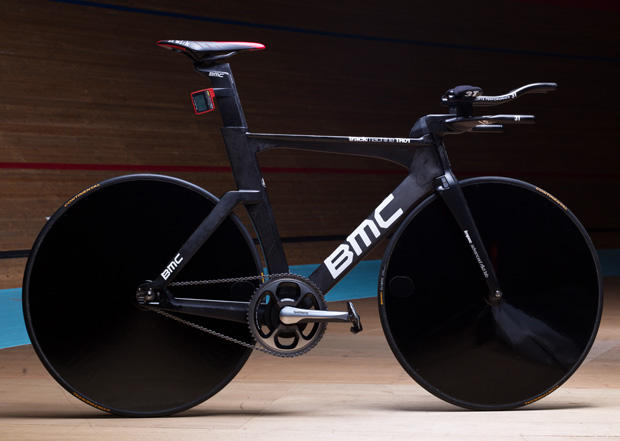 BMC has released further details on Rohan Dennis’ BMC TrackMachine,  that the Australian rider is set to ride during his Hour Record attempted on Sunday.

According to BMC, Dennis’ TrackMacine TR01 is not the same as the production version. Rather, BMC has modified it in ways, as to improve its aerodynamics and stiffness.

BMC Switzerland head of product, Stefan Christ, said: "Rohan is a superb athlete and it is our duty to match his athletic capabilities with a bike of that same caliber. Some minor modifications to influence the aerodynamics and stiffness have been made to Rohan’s Trackmachine TR01. We felt these were necessary to ensure that Rohan’s bike is optimised to take on this highly specific challenge."