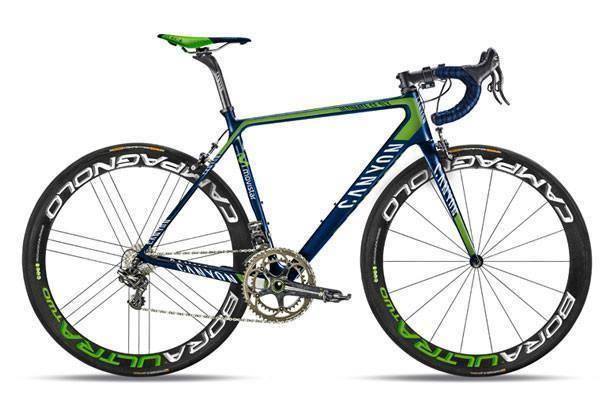 Although it has not been made official yet, internet leaks suggest that Team Movistar will ride Canyon bikes for the 2014 season.

A document indicating Movistar’s preparation program for next season, showed images of the teams’ Canyon bike. Additionally, it depicts Campagnolo as still being the sponsor for groupsets and wheels.

Movistar has also decided to end it’s relationship with the Italian apparel company , Nalini, in favor of the UK based Endura Sport.

Canyon is a German bike manufacturer that has sponsored other pro teams such as the Russian Katusha Team.