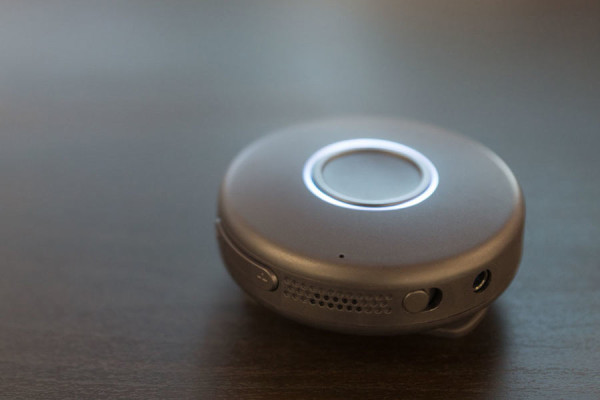 While the video has the OnBeep Onyx bound to domestic duties only, the new real-time communication device, has distinct implications for cyclists.

Weighing in at a scant 46g, the Onyx can easily clip to a cyclist’s jersey or shoulder strap, providing communication capabilities with either an iOS or Android smartphone via Bluetooth.

Imagine, an unlimited number of cyclists being able to communicate instantly and securely, with a simple push of a button. In addition, there’s a headphone port that works with any set which has an inline mic, should cyclists choose not broadcast their discussions openly. Great for coordinating an "attack" during a group ride, right ?

Because the device establishes contact directly through a data connection via a smartphone, users can talk to anyone anywhere. Beats trying to Skype while riding, right ?

Additionally, users can set up certain parameters, which allow access to only the people they want, while restricting others. Moreover, the device can be used in a way, that everyone in the group can communicate simultaneously, and there’s no limit as to how many people can be part of the conversation. In fact, the app can even show users where everyone is. Great in the event of a crash or mechanical failure, right ?

Interested ? The OnBeep is available for pre-order now, at $99 for one and $195 for a pair – with expected delivery in December.