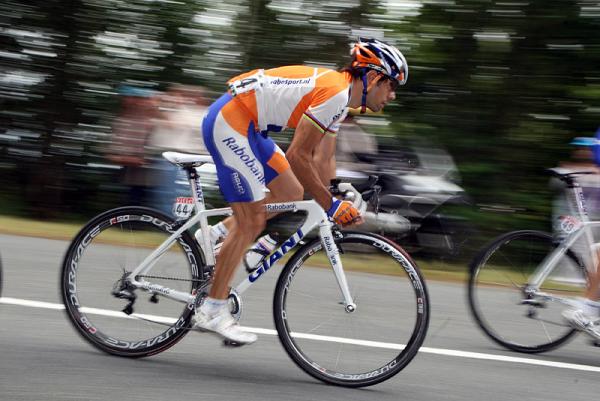 Both Oscar Freire and Team Orica-GreenEdge respond to Michael Rasmussen’s recent allegations that the entire Rabobank team "doped" during the 2007 Tour de France.

"I have demanded an apology, and to do so publicly," Freire toldciclismo.as.com. "He answered that he never expressly said my name." Freire said he’d take action against Rasmussen if the Dane does not clear his name.

"I do not understand," Freire told marca.com. "He can speak for himself or who he has seen taking substances but not the whole team, I cannot allow that."

Freire believed Rasmussen is motivated by financial gain regarding the publication of his book.

"Probably what Rasmussen wants to do is sell many books, but that cannot be," Freire told marca.com. "These things do much damage to cycling and all of those who have been a part of it."

In the Case of Pieter Weening, who now rides for Orica-GreenEdge, the team released the following Statement(s):

"We have been made aware of certain allegations put forward regarding Pieter Weening," an Orica-GreenEdge statement read, according to theCourier Mail.

"We have asked Pieter to fully re-confirm his legally binding written statement to the team regarding his career and these issues before and after joining the team, specifically with regards to the current allegations."

Weening and the rest of the team were required to disclose any past doping activities to the team during an external review.

If Weening failed to disclose doping in 2007, he would not be the first Orica member to do so. Stuart O’Grady subsequently retired from cycling after admitting to using EPO when a French Senate report naming riders from the 1998 Tour de France who had positive or suspicious samples was released.

The team added that Weening has:

"made himself fully available to any formal inquiry by the Dutch Federation and will follow up when these have been concluded, should there be a relevant reason to."

Weening raced for Rabobank for eight seasons from 2004-2011 before joining Orica-GreenEdge in 2012.