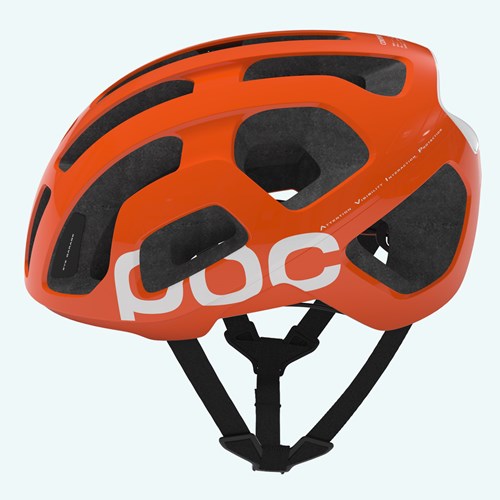 I can’t remember the last time a helmet brand became such the rage.

When Swedish brand POC first arrived on scene with its new Octal helmet about a year or so go, it not only conquered the interests of cyclists with it’s laboratory, "sexy ugly" good looks, but more importantly, it clearly raised the bar in terms of helmet safety and awareness.

Since its debut, the acronym MIPS (Multi-directional Impact Protection System), has entered into the discussion of helmet safety with equal importance.

Not surprisingly, the technology was also developed in Sweden.

The basic premise of MIPS is drawn from the physiological make-up of the human brain, which is surrounded by cerebrospinal fluid, that allows it to "slide" around inside the skull upon impact, and protect it from direct impact. While, MIPS doesn’t use fluid, but rather a sandwich  layer of low-friction material between the outer shell and the inner liner. This material allows the shell to move around in relation to the liner, thereby limiting the forces passed straight through to your head. The same way your brain "floats" in the cerebrospinal fluid, your head floats inside the helmet.

With all that great safety stuff in mind, helmets brands have been in a race to incorporate the technology into their respective helmet designs.

A few weeks ago, Scott gained the distinction of being the first company to incorporate the use of MIPS in its new model called the ARX Plus.

Making good on their promise from about a year ago, POC announced this week, that they too have incorporated MIPS technology into their hugely successful Octal.

In addition, POC will continue its collaboration with ICEdot, and their ICE tags on each helmet with a scan-able QR code that contains emergency information for first responders.

The Swedes have it !