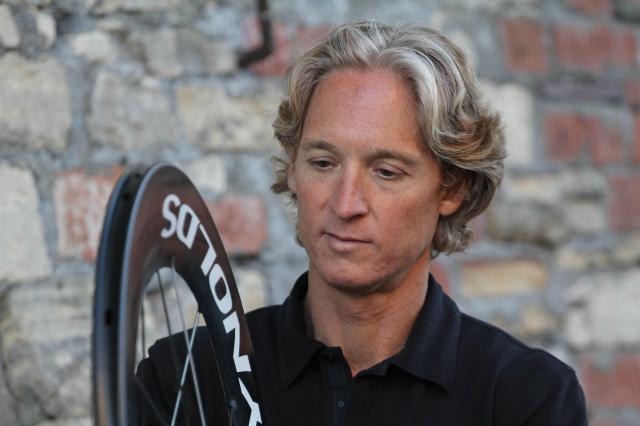 By Paul Lew, Director of Technology and Innovation

In the world of wheel dynamics, the qualifications for a "good" wheel always incorporate stiffness and compliance, or more specifically,wheels that are laterally stiff and vertically compliant.

What does this mean? In engineering terms, this means that the wheel has  minimal deflection side-to-side and at the same time moderate to large deflection in the down direction.

In this article, I’ll discuss the relationship of these dynamic variations and the contribution of the hub, spokes, and rim as influencers of these wheel characteristics.

The HUB – The hub of the wheel is its central point, or anchor. It determines forty percent of a wheel’s stiffness and compliance. The key components of the hub are the hub shell and flanges. Regardless of whether  they’re straight pull or bent the hub flanges play the same role and have the same effect.

A hub shell and flanges can expand as much as 0.5 mm under high spoke tension. With 100 – 130 kg of tension on each spoke, a total force pulling the hub outward can exceed 2000 kg. This force can create structural challenges that can range from expanding the bearing seat to cracking the hub flange. As a result of the high force, bearing tolerances must be carefully considered. The bearing fit in a hub shell before and after spoke tensioning is an important consideration in the hub design and specification process.

A well-designed and manufactured hub will not suffer from the static and dynamic forces of a high-tensioned wheel and it will serve as a strong and reliable anchor point for the high-tensioned spokes. Wide flange spacing contributes to the desirable characteristics of a wheel. A wide flange spacing decreases side-to-side deflection and at the same time increases  vertical deflection, both contribute to a well-riding, "good" wheel.

Additionally, spoke tension is over-estimated as an influence on wheel stiffness, and in fact only plays a minimal role. Stay tuned for more discussion of spoke crossing patterns and spoke tension in Part 2 of this article.

The RIM – the rim determines twenty percent of wheel stiffness. Rim stiffness, in turn, is a function of the rim section geometry and hoop stiffness.

While rim stiffness can be independent of material, meaning that an engineer can design an equally stiff rim from any material so long as rim weight is not a design consideration, carbon fiber has the unique quality of low mass, stiffness tune-ability, high strength, and an unlimited fatigue life not possible to achieve with metal alloys which makes it an ideal material of choice for high performance rims and wheels.

Part 3, in March, I will examine the dynamic characteristics of the hub, spokes and rim as a wheel completes a 360 degree rotation under power.