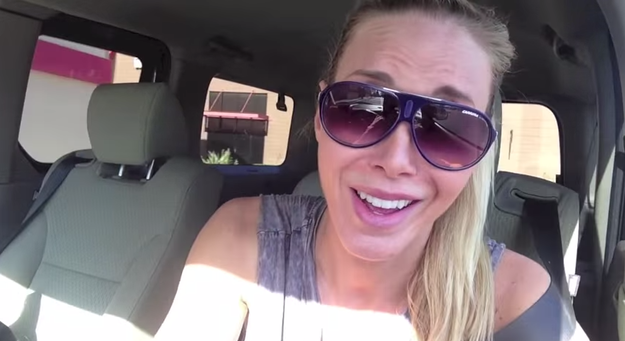 A reserve police officer in California caught the ire of cyclists nation-wide, after she posted a hate-filled video rant against cyclists online.

The Santa Paula Police Department’s part-time officer filmed herself asking a man, who was driving her around, how much she’d have to pay him to run over a cyclist.

"I hate bicyclists, every single one of them," the off-duty officer added, before mocking the clothes and demeanor of every single two-wheeled rider they passed.

The video finished with an image car plowing into several cyclists, with thew following caption:

The Santa Paula Police Department first became aware of the video, after a link was posted to the department’s Facebook page.

Despite a wave of criticism, a spokesman for the department initially stated that reserve officer Weintraub did some "great satire videos in her personal spare time."

Adding, "Stay safe out there riding your bike and remember to obey all the rules of the road, a lot of your fellow bikers seem oblivious to the laws!"

However, the following morning, the media reported that Weintraub had been placed on administrative leave.

The clip was subsequently deleted from Weintraub’s YouTube channel that morning — and she later took to her Facebook page to offer an apology for the video.

"It was never meant to be hurtful or harmful in anyway, I am a human being, I made a mistake, I have learned from this and ask for your forgiveness," she wrote.

"The responses have shown me overwhelmingly just how hurtful my comments were to some and that is not at all what I intended."

Here’s to you Weintraub !