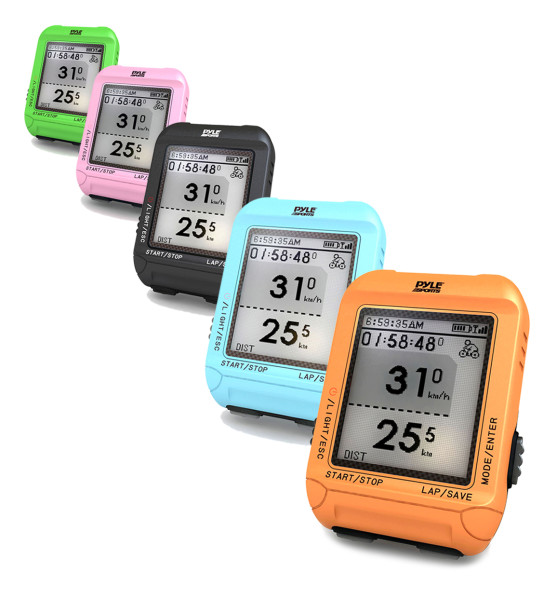 It seems that the "turn of the pedals", is providing the folks at Pyle Audio with music to their ears these days, than anything coming out of a speaker.

Last month, Pyle jumped into the sports action camera segment, with the launched of their new eXpo HD camera. This month, the audio experts have unveiled a new bike computer.

Their new PSBCG90 Smart Bicycling Computer, offers cyclists a plethora of features such as “integrated Google Maps,” which allows riders to download the ride afterwards and see their exact route via Google Maps, as well as plot rides via its GPS software – and use the computer to follow waypoints to get to their final destination.

In addition to its GPS functions, the computer includes a built in Smart Sensor to record speed and distance, as well as a barometric altimeter and ANT+ capabilities for adding heart rate, cadence, speed, RPM, distance, power meters and sensors from Garmin and Motorola, etc.

Pyle’s new computer retails for $129.99, and it includes everything needed to uncap all of its features. It even comes with a quater-turn mount.

Unfortunately, for Mac users, the device is only compatible with Windows.  :mellow: