Quintana to Miss Vuelta a Andalucía 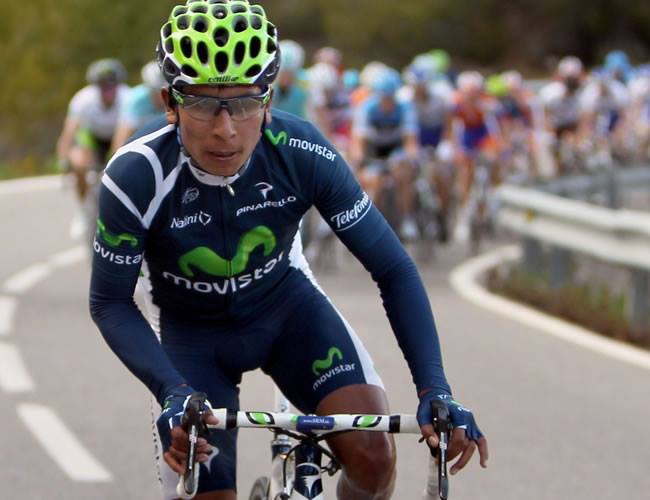 Following a crash in the Colombian National Championships last weekend, Nairo Quintana will not race in next week’s Vuelta a Andalucía.

Team Movistar announced today, that Quintana sustained injuries to his back and right arm while nearing the finish line at the nationals. As result, he will have to forgo the Vuelta, which will take place from February 18-22.

The 25-year-old Colombian rider, was hoping to use the Vuelta  to help build his form heading toward the Tour de France.

Quintana was beset by injury last season, wherein he had to undergo surgery on his shoulder, after crashing out during the Vuelta a Espana.

There are no firm details on the extent of Quintana’s injuries, however,  Movistar officials described his injuries as “bumps and bruises,” and said he will restart his European debut with the Tirreno-Adriatico in March.

Meanwhile, Juanjo Lobato and Javi Moreno, will take center stage as Movistar’s best chances for capturing the title, as their three-time winner, and defending champion, Alejandro Valverde, has chosen to skip the Vuelta a Andalucía this year, and instead race the Tour of Oman.