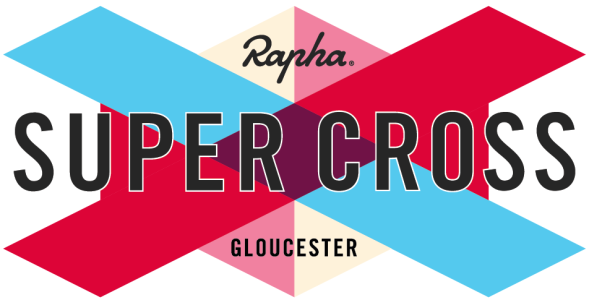 After hosting fifteen years of the best New England cyclocross racing, the hallowed ground of Stage Fort Park in Gloucester will see big changes on September 27th and 28th, 2014. Renowned cycling apparel brand Rapha joins forces with the Gran Prix of Gloucester in the race’s sixteenth year to reinvent this classic event as the Rapha Super Cross Gloucester.

The race at Gloucester is a perfect match for a cycling brand like Rapha, who, beyond simply offering the finest cycling clothing, celebrates the beauty and the challenge of the sport – and Gloucester’s course brings both elements to the fore. In this quintessential New England seaside town, top-notch racers find challenging cambered turns, beachy sand sections, and fast power sections, all against a stunning backdrop of ocean views.

Jeremy Powers, US National Cyclocross Champion, will return to one of his favorite races to defend his status as winner of both days of racing in Gloucester last year. “Gloucester is a special race for me. It’s a true New England classic: the big, rowdy crowds always show up, the course is dynamic and challenging, and all the top riders line up. I am truly excited about Rapha’s partnership with Gloucester this year. Rapha has chosen a race that aligns perfectly with their brand: historic, classic, and epic," says Powers.

Gloucester joins an international constellation of incomparable races that comprises the six races of the Rapha Super Cross series, which spans four countries and as many continents. The series hosts paramount events in Japan, Australia, the UK, and the US, celebrating the truly international character of the sport of cyclocross.

Joining Rapha at Super Cross Gloucester will be SRAM, the leader in innovative cycling components and a favorite among cyclocross racers. Racers seeking neutral support will be beyond relieved to find SRAM’s expert engineering and excellent support waiting for them in the pit. Great Brewers, representing the finest brewers of craft beer, celebrates a decade of supporting cyclocross racing in Gloucester.

Rapha Super Cross Gloucester, known to many as New England Worlds, will draw the highest caliber of US and international racers. As a part of the peerless Verge New England Cyclocross series, Rapha Super Cross Gloucester demonstrates beyond a shadow of doubt the dominance of the New England cyclocross scene in the US. The race is also a part of the USA Cycling Pro CX calendar, a highly competitive season-long Elite-level competition awarding $40,000 in prize money. Competitors fight hard for these early-season UCI and Pro CX points awarded in Gloucester, and they stick around to chase more points at the Providence Cyclocross Festival a mere hour’s drive away the next weekend. Nowhere else in the country will two more meaningful race weekends occur in such close proximity.

Almost every category at this race fills up well before the race date, so be sure to register online at BikeReg.com/gloucester beginning at noon August 12. Stay tuned for more details and news about Rapha Super Cross Gloucester Presented by Great Brewers in coming weeks, and check

What is the Gran Prix of Gloucester?
Take a dramatic harborfront park at the height of fall foliage season. Set up a twisting grass, dirt and asphalt racecourse with challenging obstacles. Unleash a crowd of world class cyclists to charge through the sharp curves and jump the barriers. Add screaming, cowbell ringing fans incited by a dynamic announcers. What do you have? One of the premier bicycle races in the country, right here in Gloucester.

The Gran Prix of Gloucester is two days of international calibre races where competitors from all over the US, Canada & Europe converge to race on the most beautiful race course in North America.

The most spectator-friendly form of bicycle racing, regardless of whether you’ve seen a bicycle race or not, cyclocross can be enjoyed by everyone. See What is Cyclocross? on CyclingNews.

Cyclocross (or just ‘cross to the throngs that race week in and week out) is a relatively new discipline of cycling in the US. Though it’s been around since the early 1900′s in Europe, it wasn’t until the 1970′s that cyclocross races started sprouting up in the US.

Often called the “steeplechase of bicycle racing” cyclocross races are fast-paced and are dramatic for spectators. Riders compete on a twisting course comprised of grass, asphalt and dirt. At several parts of the course, riders are forced to dismount their bikes and run up steep terrain or jump over obstacles.

The Venue
Stage Fort Park, overlooking historic Gloucester Harbor and bound on two sides by Cressey and Half Moon Beaches, Stage Fort Park offers picnic areas with barbecue pits, a full Visitor Information center, a playground for the kids, and plenty of parking!