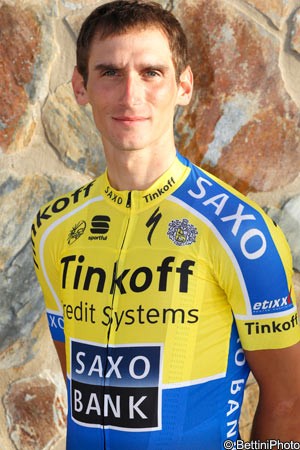 Tinkoff-Saxo announced today, that Roman Kreuziger has been provisionally suspended due to “anti-doping rule violations”.

The 28-year-old Czech rider was withdrawn from Tinkoff-Saxo’s Tour de France team less than a week before the start of the race after anomalies in his biological passport dating back to 2011 and 2012 came to light.

Tinkoff-Saxo acknowledged at the time that disciplinary proceedings against him were “likely”, but insisted that the discrepancies  “might have a valid medical and scientific explanations”.

The UCI has now initiated proceedings, with Tinkoff-Saxo reacting badly to the timing of the suspension – given that Kreuziger was  due to race in tomorrow’s start of the Tour of Poland.

"Saturday 2nd of August, Tinkoff-Saxo was informed by Roman Kreuziger about the UCI Anti-doping Commission’s decision to provisionally suspend him, based on their assumption that his future race results are ‘likely to be affected by the asserted anti-doping rule violations’.

“Consequently, Roman Kreuziger will not take part in Tour de Pologne, which begins Sunday, as he will remain suspended from all racing until a verdict has been reached in Roman’s case.

“Tinkoff-Saxo cannot avoid criticising the timing of this decision, as the rider and team was notified less than 24 hours before the start of WorldTour race Tour de Pologne.

“The team notes that this materially impairs its participation in this important race and that Kreuziger receives his provisional suspension without solid evidence of any wrongdoing, but only based on the opinion of medical experts of the UCI Anti-doping Commission.”

Kreuziger joined Tinkoff-Saxo in 2013 and went on to finish fifth in the Tour de France that year.

Despite withdrawing him from this year’s Tour, where he was set to be a key support rider for Alberto Contador, Tinkoff-Saxo decided not to suspend him, and schedule the Czech rider to participate in this year’s Tour of Poland.