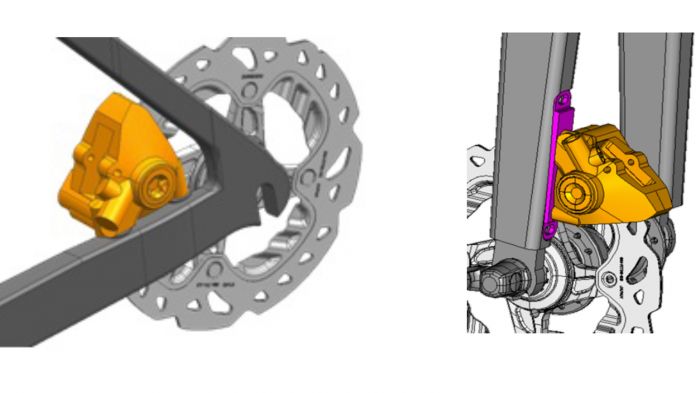 Shimano unveiled it’s plans today, to revamp the configuration of disc brakes on road bikes, with an all new "standard".

Shimano claims, that the benefits of the Flat Mount set-up over the current 74mm post/direct mount and 51mm ISO mounting standards, results in a "cleaner and more integrated design", with no visible mounting bolts, to include a direct interface with the frame and fork for better alignment, along with improved access to the rear brake caliper in cases where the brakes are tucked between the seat- and chainstays.

Additionally, Shimano states that the system is backwards compatible with post-mount brake calipers with an adapter.

There’s no word as to the companies Shimano has been collaborating with, but an educated guess would suggest several of the big name companies.