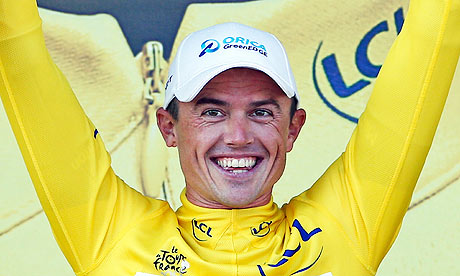 Another One Bites the Dust !

The Australian champion, Simon Gerrans, abandoned the Tour de France today, citing  ongoing pain from injuries he sustained during the start of this year’s race.

“Obviously it’s disappointing not to complete the Tour de France and make it to Paris,” said Gerrans.

“But with the injuries I have from stage 1 I think the best decision is actually to stop now and completely recover.

“I know I haven’t been 100 percent right since my crash but I was hoping to improve throughout the race. That hasn’t really been the case so I have been putting on a brave face and doing what I can each day.”

However, the Australian rider never found his "groove" in this year’s race, after crashing with Mark Cavendish during stage 1.