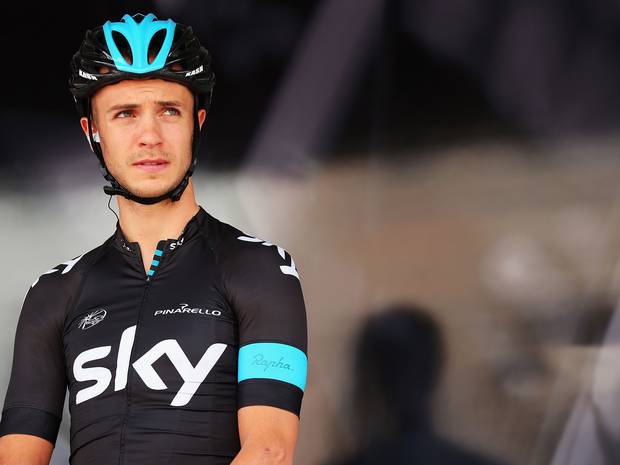 Tiernan-Locke’s ban was announced by world governing body the International Cycling Union (UCI) last month after he was found to have provided irregular blood samples in September 2012. Sky subsequently terminated his contract.

At a hearing last month, the 29-year-old claimed there had been anomalies in his biological passport because he had gone on a drinking binge with his girlfriend to celebrate a new two-year deal with Sky.

However, in a statement released today, UKAD said: "The explanation provided by the rider … did not sufficiently explain the abnormal values obtained from the sample".

A doctor who presented evidence on behalf of Tiernan-Locke said that he had been left dehydrated after consuming around 33 units of alcohol two days before the blood sample was taken.

Tiernan-Locke had previously been stripped of his 2012 Tour of Britain victory and his 19th-place finish at the 2012 UCI Road World Championships. His ban will run until December 31, 2015.

UK Anti-Doping (UKAD) has confirmed that professional cyclist Jonathan Tiernan-Locke has been suspended from sport for two years following an anti-doping rule violation.

The independent National Anti-Doping Panel found Mr Tiernan-Locke to be in violation of Article 21.2 of the UCI Anti-Doping Rules in using a prohibited substance (an erythropoiesis-stimulating agent) and/or prohibited method (blood doping) to boost his levels of haemoglobin. This was based on expert opinion on the conclusions drawn from a blood sample taken on 22 September 2012 under the UCI Athlete Biological Passport (ABP) programme. This sample was assessed against four further samples taken to build a profile of the rider’s blood.

The Panel found that the explanation provided by the rider during a hearing on 1 and 2 July 2014 did not sufficiently explain the abnormal values obtained from the sample. Consequently they imposed a two-year period of ineligibility from 1 January 2014 to 31 December 2015. The Panel also disqualified the rider’s results from the 2012 Tour of Britain and the 2012 UCI Road World Championships. Mr Tiernan-Locke has not appealed this decision.

The full written decision can be found under current violations.

UKAD Director of Legal Graham Arthur said: “This is the first Athlete Biological Passport case handled by UK Anti-Doping, handed down under the rules by the UCI. The Panel found Jonathan Tiernan-Locke to be in breach of the UCI Anti-Doping Rules and consequently he has been handed a two-year ban preventing him from competing or training in sport.

“The Athlete Biological Passport is a vital tool in the prevention and detection of doping and greatly enhances the integrated approach to anti-doping under which we all operate.”

UCI President Brian Cookson added: “I would like to thank UK Anti-Doping for their work in handling this case and providing the rider with a fair and independent hearing. This case demonstrates how the UCI is working with partners on a global level to combat doping and protect our sport.”