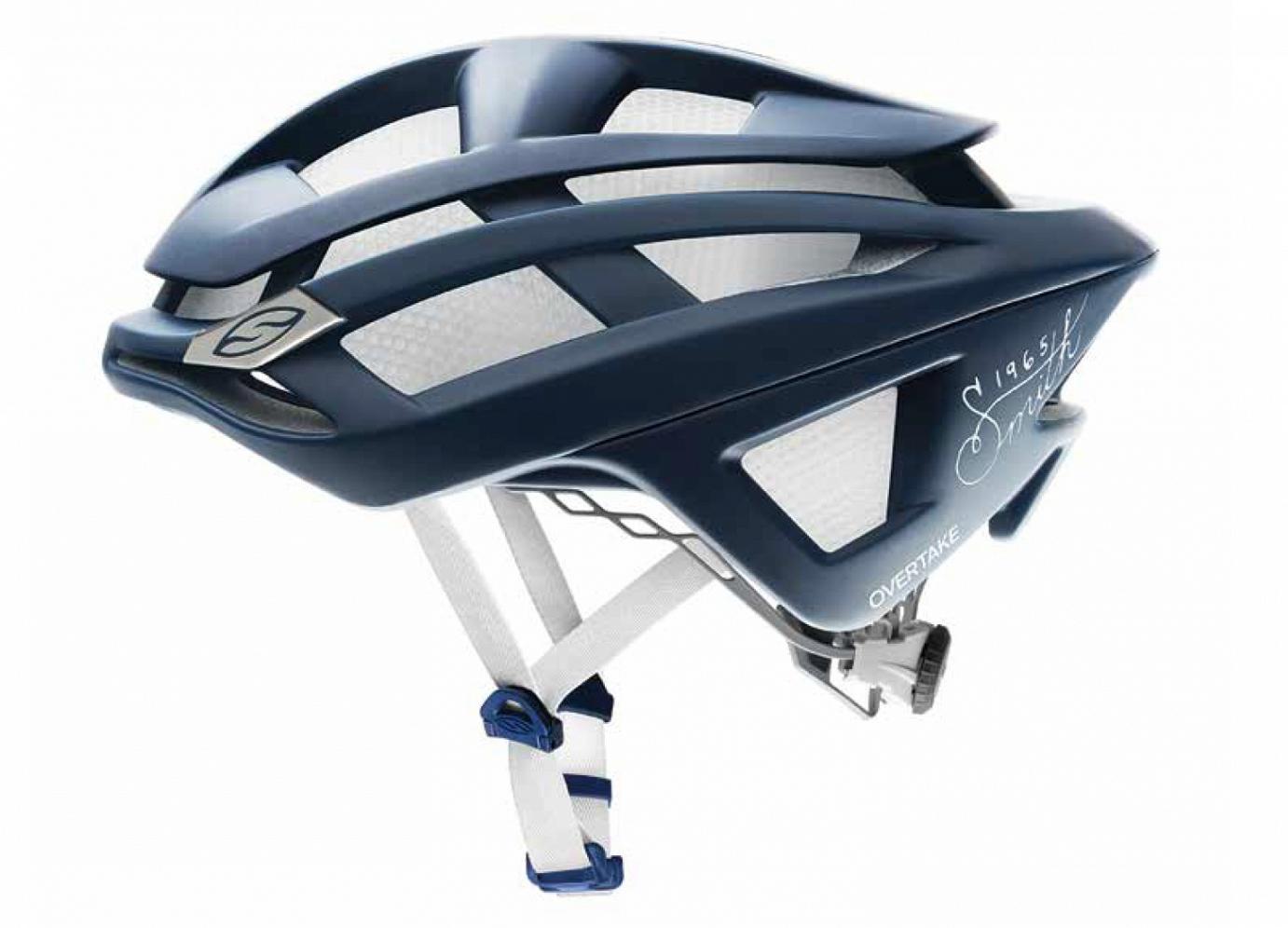 Indeed, "Overtake" is precisely what Smith hopes to do with the competition – with it’s first ever foray into the road bike segment.

Smith is touting such superlatives about the Overtake as:

“Unlike traditional helmet designs, the use of Koroyd provides a significantly increased venting surface for better managed, highly focused airflow. Its use also helps reduce the profile of the helmet, providing unique aerodynamic benefits.”

According to Smith, Koroyd is the material that is placed in the shell, which features a series of tubular, honeycomb like, holes that not only add to the helmet’s safety, but also allows for great air flow for improved ventilation.

“The result: in real-world conditions, the Overtake is nearly identical in aerodynamics to the industry-leading aero road helmet yet boasts superior ventilation, lower weight, and overall protection.”

Additionally, the Overtake uses lightweight webbing straps to further reduce weight. Smith claims that the Overtake weighs in at a respectable 250g, which puts it in keeping with other light, aero helmets. Furthermore, fit adjustment is handled via a dial-operated system Smith calls it’s VaporFit, along with the brand’s own form of an ‘“eyewear dock” that allows riders to store their glasses up top when not in use.

“You may find a lighter helmet but you won’t find one that aids your overall comfort, safety and performance better than ours,” says Smith.

In the event of an accident, the MIPS liner is designed to allow the helmet’s outer shell to slide relative to the head during impact – subsequently reducing the amount of rotational force, and therefore reducing the potential risk of injury to the brain.

Smith claims these features result in the "most complete protective helmet available".

According to Smith, the Overtake will be available in the Fall of 2014, with a retail price of $250 and $350 for models equipped with MIPS.