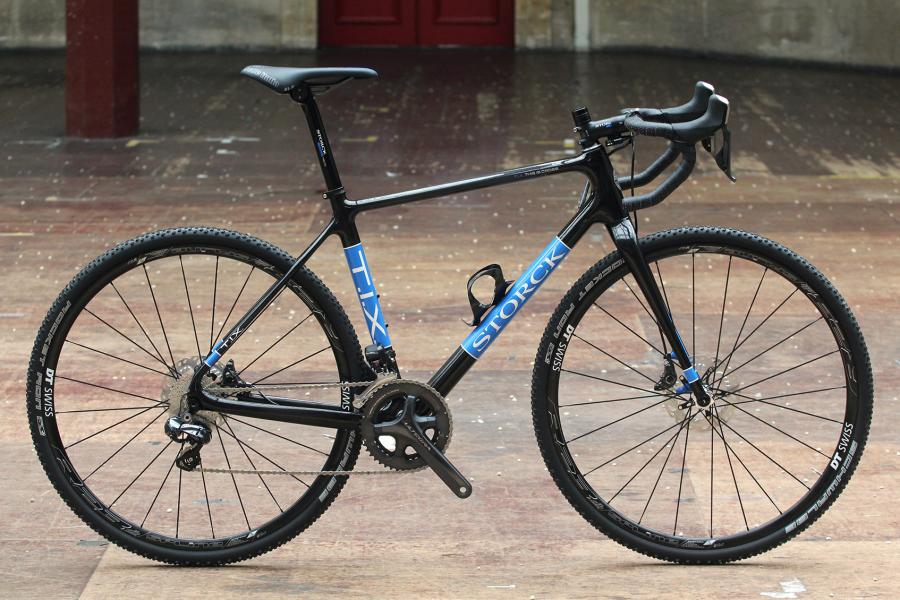 Word about Storck’s plans to launch a new cyclocross frameset, were finally brought to light over the weekend, as the prestigious German brand unveiled it’s first ever cyclocross model – the TIX 1.

“The new TIX frame is a completely new, ground up project.” “After almost 12 months’ research and using considerable experience from the road and mountain bike market, the Storck team decided to produce a carbon frame from the beginning that is different in every detail.”

Amongst other features, the new TIX 1 boasts a full carbon, disc brake only frame design with thru-axles, that’s compatible with both electronic and mechanical groupsets, along with  a tapered head tube – 1 1/8in to 1 1/2in – for more stiffness up front.

In addition, the TIX comes with a longer head tube typical of most of Storck’s road bikes. The idea being that the rider won’t have to rely on headset spacers in order to achieve adequate stack height, which can sometimes impede balance and handling.

Storck considers it’s the fork to be a key feature, indicating that it provides the right amount of flex both for riding "comfort" and "control".

“The lateral stiffness is even… higher to provide scalpel knife precision and control for steering.”

No exact word on pricing here in the USA, but preliminary figures suggest that complete bikes should start around $5300 with various Shimano build configurations to choose from.