Study: No Link Between Cycling Infertility or Erectile Dysfunction 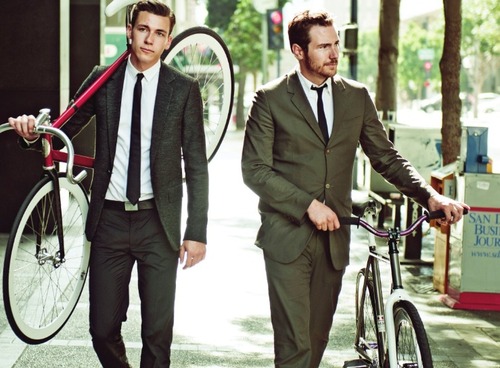 A recent study by researchers in the UK, has debunked the myths that cycling can lead to erectile dysfunction and infertility. In fact, the study found no link even when men cycled for more than eight and a half hours a week.

However, previous research suggested that cycling put so much pressure on the reproductive organs that it damaged fertility, with some researches suggesting that professional cyclists should go so far as to have their sperm frozen.

But, the latest findings from University College London, based on data collected from more than 5,000 cyclists, suggest men need not worry.

“This is good news for male cyclists, there is no association between cycling time and erectile dysfunction and infertility,” said study author Dr Mark Hamer, of the Department of Epidemiology at UCL.“In the modern era of cycling saddles are much better now so there is nothing like the pressure that there once was.

“The absence of a positive association between cycling and infertility allays concerns raised by previous studies about alterations in sperm characteristics in cyclists.

“This study demonstrates that concerns regarding male infertility are cycling has not been born out. Increasing cycling levels in the population has huge potential gains for public health. “

Around 80 per cent of cyclists in the UK are men and there have been concerns that continued compression of the reproductive organs could result in loss of blood flow, increase temperature and trapped nerves.

The study is the largest to date looking at cyclists.

Cycling is undoubtedly good for health, and among one of the best ways to stay fit and active, even into old age.

However, the research also suggested that middle-aged men should be careful about how much time they spend on their bikes.

Researchers found that cycling for as little as half an hour every day doubles the risk of being diagnosed with prostate cancer in the over the age of 50.

And for those who cycled for eight hours and 45 minutes or more each week, the risk jumped six fold.

The team said the findings were ‘surprising’ and suggested that men who cycle frequently may be more health conscious, leading to more regular check-ups and more chance of being diagnosed.

But they said they could not rule out that cycling itself may be to blame, because of increased pressure on the prostate.

“It’s tricky to interpret,” added Dr Hamer, “Obviously the men who are cycling for the most amount of time are more health aware so they may be just more likely to be diagnosed.

“Or there could be a genuine biological link between trauma in the area of the prostate associated with bike riding.

“We were quite surprised by the size of the finding for prostate cancer so it does warrant further investigation, but we can’t draw any conclusions from this study.”

The research as published in the Journal of Men’s Health