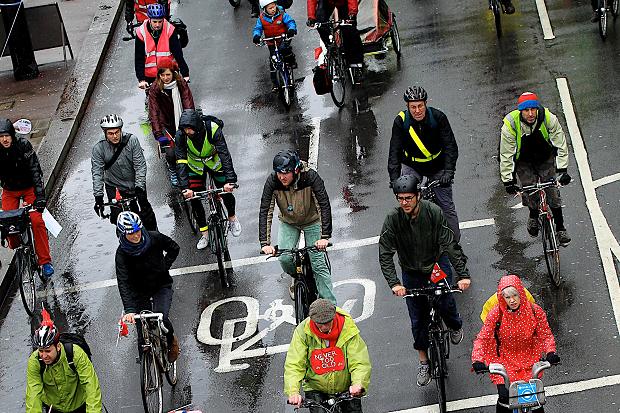 A Study Shows – Cyclists Who

Aside from the obvious health benefits commuting by bicycle has, a recent study in the UK revealed, that those who commute by bike on a regulate basis – show signs of an improved sex life.

Indeed, a recent survey says almost 4 in 10 people who commute by bike, say that their sex life has improved as a result of additional energy it gives them in the "bedroom".

The survey of 2,500 bicycle commuters, also found that 89 per cent said that commuting home via bike, helped them switch off the throes of a grueling working day, and put them in a good mood before arriving home. In fact, 2/3’s said  that they experienced a marked improvement in their relationships, which correlated into a better sex life.

In addition, the study showed, that 82 per cent said, that commuting by bike reduced stress, while around half said they could better cope with a heavier workload.

Furthermore, one in three said that riding inspired creative thinking, enabling them to come up with good ideas, while 15 per cent believed that they were getting ahead in their careers more quickly than co-workers who don’t cycle.

A spokesman for the Cycle to Work campaign said: “Last year’s event saw a Herculean effort from the 20,000 commuters who hit the streets and cycled over a quarter of a million miles on Cycle to Work Day.

“This year we want to double the number of budding commuters saddling up and achieve (at least) half a million miles pledged!”

p.s. One couple involved in the study, went so far as to say, that commuting by bike helped  their sex-life soar to new heights.   😛