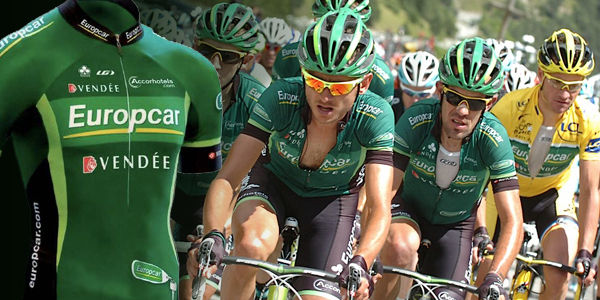 2013 has indeed been the year for bike theft amongst the pro peloton. And as of this week, Team Europcar joins the list.

According to the Belgian newspaper, Het Laatste Nieuws, 18 Colnago bikes were stolen from the French continental team’s truck outside their hotel Mont-Saint-Aubert. The estimated value of the bikes is upwards of $200,000.

Updated information, indicates that EuropCar has been given bikes to use by two other teams.

“We will finish the Eurometropole Tour thanks to the solidarity of the peloton: two Belgian teams – Wallonia-Brussels and Color Code – lent us bikes,” stated directeur sportif Dominique Arnould to Ouest France.

“We have just six riders after the abandons of Christophe Kern and Damien Gaudin yesterday but we want to respect the race and the organizers.”