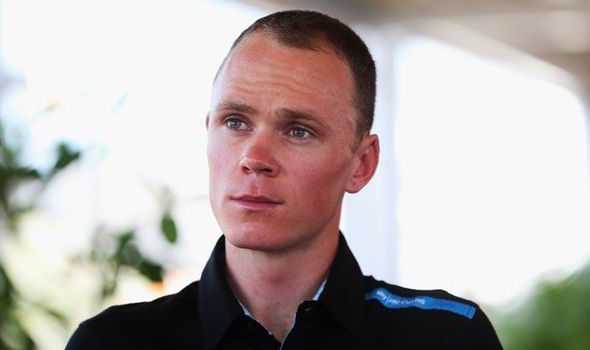 According to Chris Froome, Team Sky must "lick their wounds after a disappointing Tour de France, and come back stronger next year".

After winning both the 2012 and 2013 Tours, Team Sky was fully expected to win this year’s event as well.

However, their hopes of winning a third Tour de France were dashed when defending champion Froome was forced to abandon the Tour during stage 5 because of a broken wrist.

"It’s devastating for us as a team having won it for the last two years," Froome told Sky Sports News.

"We put a lot of expectations on this year’s Tour but I think it has probably been a good readjustment for us to reevaluate things and just look at exactly where we are and how to improve.

"It is easy to get lulled into a false sense of security on how easy it is at the time but it’s a huge ask winning something like the Tour de France.

"I don’t think we can ever go there and think we’ve got this one in the bag, it’s never the case."

With Froome out of the race, Team Sky pinned their hopes on Richie Porte to take up the challenge. However, the Australian rider struggled during the 13th Stage, and subsequently slipped from second in the overall general classification, to as far back as 16th.

In hindsight, critics felt that Team Sky shouldn’t have left out their 2012 winner, Bradley  Wiggins, from the roster.

"I think the management chose the best team at that time," Froome said. "In hindsight, you can always look back and say, well if we’d done this and put that rider there, but you can’t change things.

"Sometimes things just don’t work out. That’s bike racing. That’s sport. We are going to have to go back next year and give it our all again."

Despite missing out on this year’s Tour victory, Froome says he’s determined to win back the yellow jersey next year.

"It’s been quite refreshing to come in now knowing I’m not going in as defending Tour de France champion," said Froome.

"I can probably fly under the radar a little bit more now. I’ve definitely had a taste of how much more pressure going in as reigning champion. It’s not an easy position to be in.

"I don’t need any fuel for the Tour de France. It’s a race where I’m always going to give it my all to and do my fighting best."