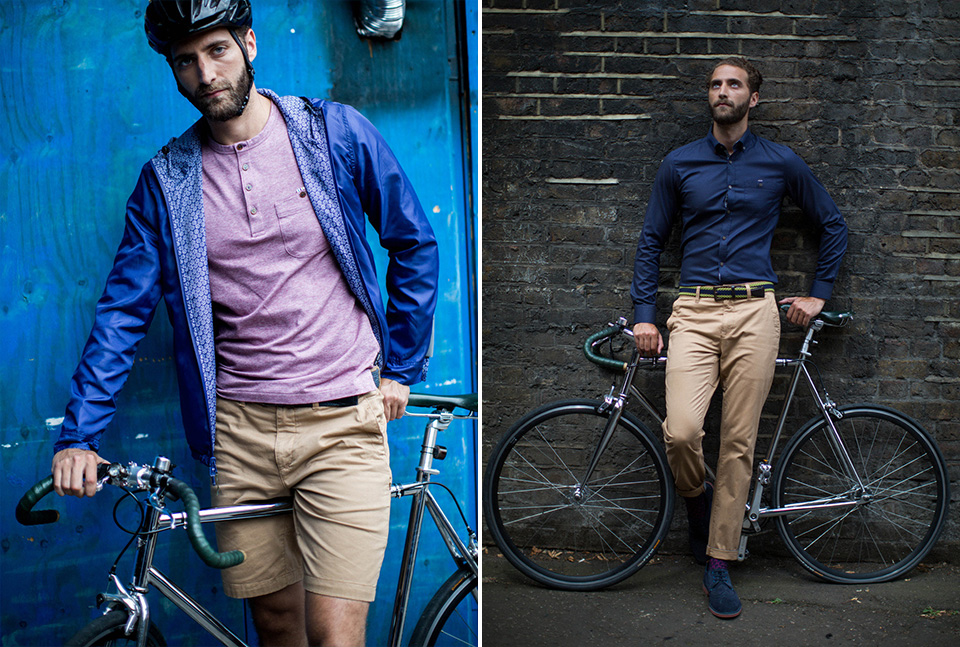 Ted Baker would be remiss, if he didn’t follow suit (yes, pun intended) with fellow British designers, if he didn’t launch a line of cycle wear bearing his namesake.

It’s clear that the Brits have both a profound passion for cycling. as well as their haberdashery, so urban cyclist can rejoice in the fact that Baker has launched a new collection of bespoke cycling togs called – "Raising the Handlebar".

The collection is aimed at cyclists who want clothing that has a traditional look, but with bike friendly details and materials, for say,  commuting to work.

Indeed, the range includes shirts, trousers, shorts and jackets, which all feature details like reflective collars and cuffs and strips made with reinforced, fast drying fabrics, to include antibacterial treatment and underarms vents to keep that office cubical free of complaints from co-workers.

“There has been a huge increase in the popularity of cycling with the rise of Cavendish, Wiggins and Froome and people are realizing that it’s easier to cycle the mile or two to work or to head down to the shops, but they want clothes that they don’t need to change out of or have a shower,” adds Ted Baker.

The new range will be sold exclusively through Wiggle in the UK. But, given today’s virtual market, it’s fair to say that us yanks can likely purchasing the apparel online as well.

Sorry ladies, but it appears as though Mr. Bakers has only targeted us "man dudes" with his new collection.

Here’s glimpse of some of the pieces.