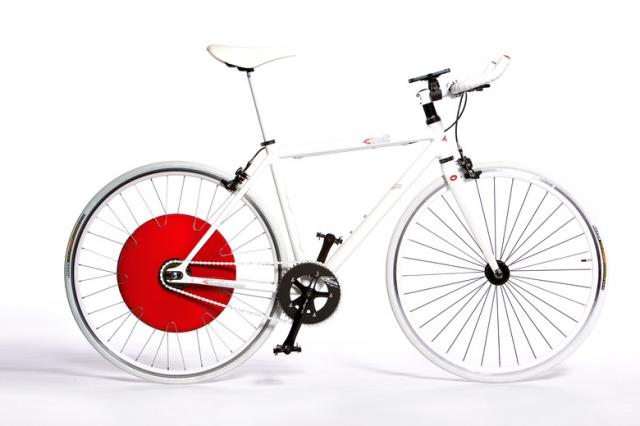 After years of prototyping and enthusiast media coverage, it looks like the Copenhagen Wheel is readying for commercial production, with final delivery in the spring of 2015, says the brand’s owner – Superpedestrian.

The basic premise of the Copenhagen wheel, is that it can transform any bike into a power-assisted "urban cruiser", with the simple installation of a wheel.

The Copenhagen draws its power, not by throttle, but rather by measuring the rider’s effort – and boosting power accordingly. Simply pedal harder and the wheel provides increased power. Riders can alter the level of power assistance via a smartphone app. Hit the brakes, or go downhill, and the wheel takes energy and stores it in its lithium battery for later use.

According to Superpedestrian’s founder, Assaf Bidderman, the Massachusetts based company is very pleased with the final production units.

“The wheel has a powerful new drivetrain, a new powertrain and a new control system that is distributed between six boards, each in charge of a different task.”

“It also has a novel torque sensing technology that is lighter, more compact and more precise so the wheel can respond to a rider’s pedaling very naturally.

“We’ve redesigned the housing of the wheel using exotic alloys instead of aluminum, allowing us to retain structural integrity while reducing the weight of the shell.”

Superpedestrian is currently putting the wheel through some rigorous  testing, with riders using the final production wheel in the field – starting next month.

“The wheel is now lighter, more powerful, and operates more smoothly than any bicycle propulsion system ever made.”

In addition, Superpedestrian says they have developed multiple software systems to work with the Copenhagen Wheel – allowing riders to control the wheel, lock it and view their statistics while riding.

The Copenhagen Wheel is said to be able to travel up to 31 miles, with a battery life that’s good for 1,000 cycles.

The wheel is expected to retail for $799.