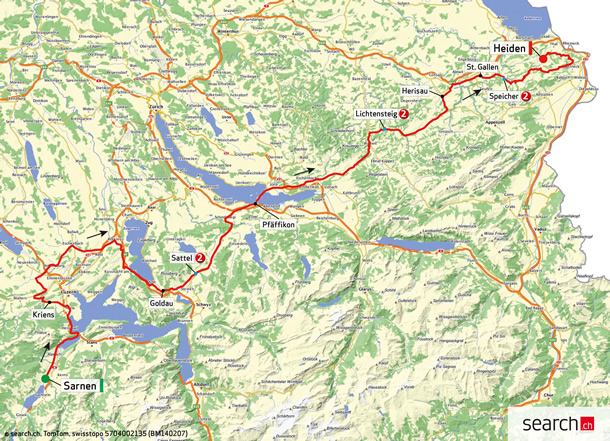 Meanwhile, Tony Martin (Omega Pharma-Quick Step) retained his grip on the overall race lead, with Tom Dumoulin (Giant-Shimano) in second spot at 6 seconds back, while Sagan moved up into third place in the GC after his win today.

The peloton rode a furious pace during the last 2 kilometers of today’s 203km stage from Sarnen to Heiden.

Laurens ten Dam (Belkin) was the first rider to attack during the final kilometer. However, the Dutch rider’s move was quickly followed by Martin in the closing 500 meters.

From there, Cadel Evans also came to the fore, only to see Martin drop off the pace, and leave the BMC rider out front alone.

However, it was Sagan who would snatch the victory with a final surge to the finish.

The Tour de Suisse continues tomorrow with a 160 kilometer stage from Heiden to Ossingen.