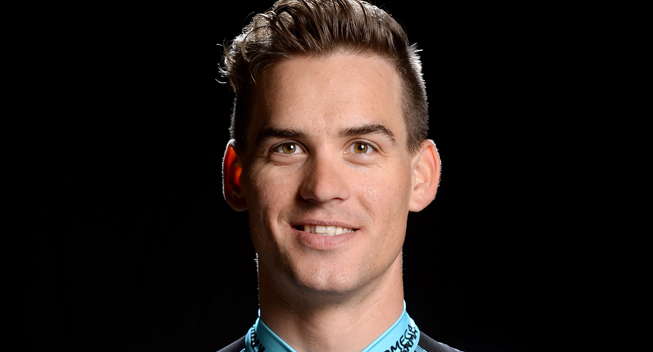 The 2013 winner, Zdenek Stybar, claimed stage 2 of this year’s Eneco Tour, after winning a sprint finish ahead of Lars Boom.

Stybar countered an attack that was initiated from Boom’s teammate Sep Vanmarcke, inside the final 2 kilometers, which also spurred on Philippe Gilbert.

From there, the trio opened up a small gap over the peloton, and managed to stay away for the remainder of the race.

Today’s victory not only gave Stybar the stage win, but also earned him the leader’s jersey with a one second lead over Boom.

“The final was extraordinarily hectic, especially with the rain,” Stybar said. “I just had to bide my time, and pick the moment. I had great teammates around me. There were a lot of attacks. I know these roads, and when Vanmarcke attacked, I thought, ‘I just have to go with these guys.’ I’m very happy to take the win. I won the race last year, and I’m delighted to be back in the race lead, and on form, at the right time.”

At the 20 kilometer mark, a breakaway group containing Pavel Brutt (Katusha), Alexis Gougeard (Ag2r La Mondiale) and Kevin Van Melsen (Wanty-Groupe Gobert), got underway. And, at one point the trio had built up an advantage of 2:52 over the peloton.

From there, the escapees remained out front for most of the day. And, it wasn’t until the race entered into the final 10 kilometers, that their gap had been reduced to 1:24.

As their gap continued to diminish, Brutt decided to make a go of it alone.

With 4 kilometers to go, what remained of the escapees, were caught.

Inside the final 2 kilometers, Vanmarcke attacked, with Gilbert quick to respond – followed by Stybar and Boom. And, as the race entered into the final turn with 600 meters to go, the leaders  found themselves in perfect position to vie for the victory.

The Tour of Eneco continues tomorrow, with a 9.6 kilometer time trial in Breda.