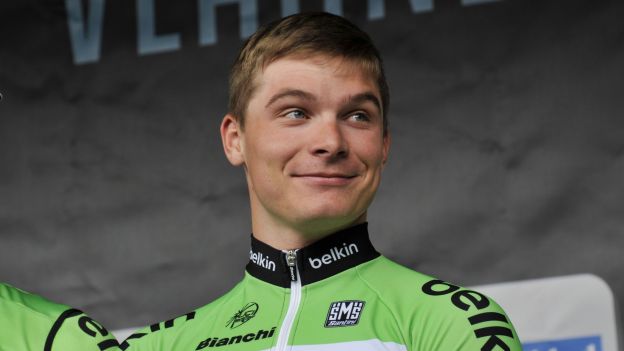 "The stage went well. The stage was very short, only 85 kilometres, and it was raining attacks,” Sports Director Michael Elijzen explained. "After many attacks, five riders manage to escape, but the gap was only reached 55 seconds maximum because several teams kept on riding behind."

The peloton caught the escapees at ten kilometers from the end, as they readied for a sprint finale.

"The race situation was ideal for us," Elijzen continued. “The last corner was 600 metres from the finish line, and our men were there first. They got the message and attacked that corner with five guys. Hofland was in the wheels and finished it off in a professional way.”

Hofland won the overall in 2013 and took a good step by winning the opening stage in this year.

The Tour of Hainan continues tomorrow, with its longest stage of 207.2 kilometers to Haikou.

"Moreno is the race leader, but we are not here for the rankings," explained Elijzen. "The pressure will probably be with us, but the teams that want to race for a classification will have to help in the longest stage. We hope for another sprint."