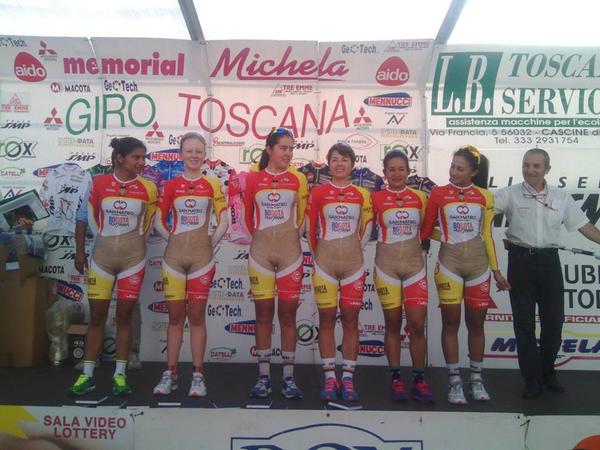 A women’s cycling team’s kit which made the female riders look naked has been described as "unacceptable".

While the Colombian women’s cycling team, IDRD-Bogota, posed for a picture, little did they know that they would not only peak the ire of UCI president Brian Cookson, but they likely broadened the smile of coffee can immortal Juan Valdez as well.

The uniform, with it’s flesh-colored section between the lower torso and groin, apparently left nothing to the imagination of thousands of spectators at the Tour of Tuscany over the weekend.

It is unclear if the six-woman team was intending to wear a similar uniform next week while representing Colombia at the road world championships in Ponferrada, Spain.

It is also difficult to know if whether the controversial kit was a publicity stunt or a genuine fashion faux-pas, but given the media stir it caused, perhaps the team may think twice about showing up in it again.

Pictures of the team shared on social media prompted Cookson’s response. The British official wrote: "To the many who have raised the issue of a certain women’s team kit, we are on the case.”