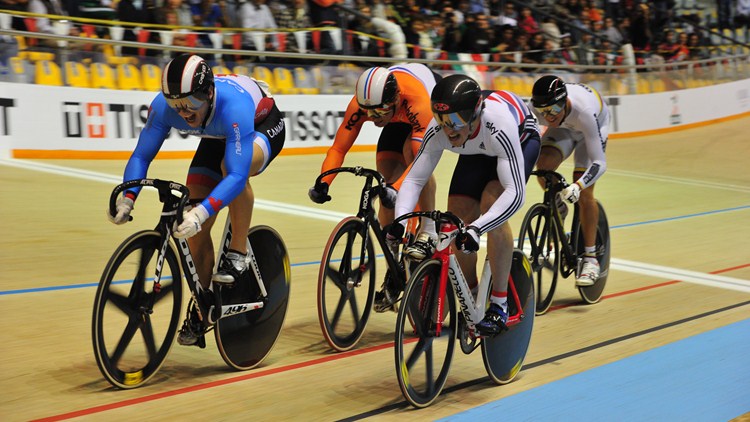 In a day based around qualifying,  Australia led the way in the men’s team pursuit with a time of 3:57:132.

The Australian team consisting of Glenn O’Shea, Daniel Fitter, Miles Scotson and Samuel Western, qualified ahead of Great Britain, with The Netherlands finishing in third – followed by Switzerland in fourth place.

Despite a late charge by the British team, they found themselves over a second down on the Australians after the opening 1,000 meters – crossing the line in a time of 3:57:661.

As a result, Great Britain will now face off against The Netherlands with Australia riding against Switzerland.

The world record holders in the event clocked a time of 4:20:066, over six seconds faster than their closest rivals, New Zealand. Canada and China finished third and fourth respectively, with the Australian women’s team only managing seventh.

Germany came out on top in the women’s team sprint, with Kristina Vogel and Miriam Welte outshining Australia and The Netherlands.

In the men’s event Germany again topped the standings with a time of 42.354 seconds. Great Britain finished in second.