US Anti-Doping Agency to Reveal Names to UCI Commission 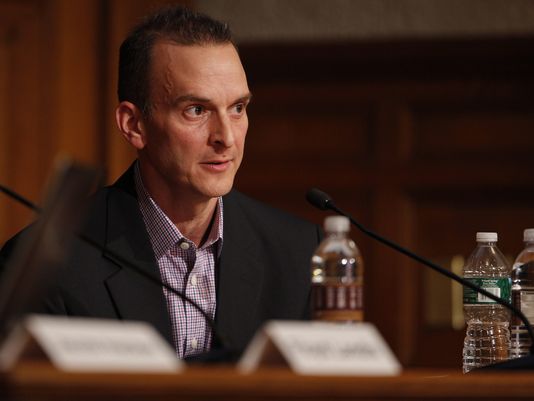 The US Anti-Doping Agency is prepared to reveal a list of 37 redacted names included in its investigation of Lance Armstrong to the UCI’s (Union Cycliste Internationale) new  independent commission created to look into the sport’s tarnished past.

Travis Tygart, USADA’s chief executive and the man credited with bringing down Armstrong, has disclosed that there have been discussions with the Cycling Independent Reform Commission over sharing information from USADA’s exhaustive inquiry and in particular the identities of a number of riders and support staff allegedly linked to doping who have yet to be named publicly.

The CIRC was set up by Brian Cookson after he ousted the controversial Pat McQuaid as president of the UCI, in September and is scheduled to report in January 2015.

Tygart believes the investigation must be conducted with alacrity in order to capitalize on a "moment in time" – and the sport has to ensure it looks beyond only riders who have doped and clean out a "dirty system" with the focus on team owners, coaches and medics.

"Just because you change the top the dirty system doesn’t necessarily change," said Tygart. "When you’ve doped in the past with success, particularly as a doctor, team owner, coach, director and you’ve never been exposed, the likelihood that you are going to continue that practice of doping and not getting caught is huge.

"We all want to turn the page. But the job is not done. Time is of the essence."

Tygart believes the threat of doping remains because the "system" remains. "So as long as those people stayed in the system, doped and never got caught, the odds of them changing their behaviour are not very high when the spoils of victory are so very high."

The redacted names were ones that came up in the course of USADA’s  investigations – an investigation sustained despite intense domestic political pressure on Tygart and Usada to drop it – and some are subject to on-going investigations.

The CIRC, made up of a three-strong panel chaired by the well-regarded Swiss politician Dick Marty, will conduct its hearings in private and anyone who gives evidence may be granted anonymity. There will also be potentially reduced sanctions offered to anyone giving evidence. If USADA does hand the list of names to CIRC it does not mean it will be published, although Tygart hopes if evidence is accumulated against individuals the names will come out.

He also noted that before Cookson replaced McQuaid, who along with his predecessor Hein Verbruggen has been accused of at best doing little to combat doping and at worst colluding in a cover up of Armstrong’s doping, there was no interest from the UCI in establishing the identity of the redacted names.

"We’ve had communication with the CIRC that we are going to present this all to them because there is a whole lot of information out there that would be helpful in cleaning out the system that is there," said Tygart, speaking at the Tackling Doping in Sport conference at Wembley. "I am hopeful the new CIRC process will deal with all of that and it will all be out in public and we can finally put a stake in the ground so this can never happen again."

Tygart does not believe the process would be harmed, should Armstrong himself not give evidence. "It would be good for him to participate, but the success of this CIRC is not based at all on the information or not that Lance Armstrong may bring up.

"Most of the material and information that he has has already been brought out," said Tygart, whose organisation last had contact with Armstrong in November.