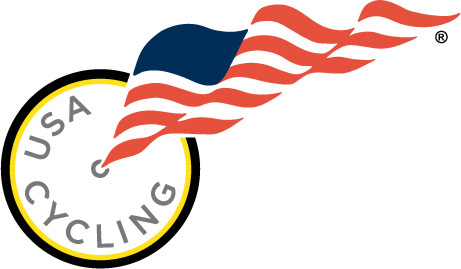 Rivera is a highly decorated cyclist, but her win on Saturday marked her very first professional national title.

The women stayed together for the duration of the 90-minute event and in the last few laps, racing started to heat up with several attacks, and a four-rider crash.

"Once I saw that Alison (Powers) had gone down, it was a quick reset because you know it was just the four of us," Rivera said of her UnitedHealthcare team’s teamwork during the last laps. “That’s the beauty of a real team. Despite the adversity of the end of the race, we were able to pick up the pieces and put them together. It just goes to show that we are a team that comes out on top.”

With one lap to go, the UHC blue train managed to take its familiar position at the front of the pack to set Rivera up for the win.

"I think I proved over the season and last weekend that I had really good legs, especially for a criterium. I think they (UHC) had full confidence in me and I had full confidence in them that we would win this race today," she told USA Cycling after the win. "This is definitely number one. It’s my first professional national championship. I’ve had a few with juniors and collegiate and one U23 title. This one is definitely special."

"It’s super fun being here in High Point," Schneider said afterwards. "We had a great crowd cheering us on. It’s an honor to be on the podium with such a stacked field."

In an incredibly exciting men’s race, the Blue Train came out on top again when John Murphy crossed the finish line for the Stars-and-Stripes jersey.

Rivera on the podium with Erica Allar in second and Samantha Schneider in third. Photo by Weldon Weaver.

Thirteen riders formed a gap pretty early and Murphy was in that break.

"It was early. It was a big split. I was with two teammates, Adrien and Brad. It was a little bit big of a move for us. We wanted different numbers but in the end it out worked well for us," Murphy said after the win.

As the race got closer to the finish, the crowd and announcers could see the UHC riders talking out their strategy for the finish.

"Every national championship, the tactics go haywire. It’s almost impossible to predict what’s going to happen," Murphy explained about what he and his teammates were discussing in the break. "Obviously we wanted to lap up to get with the rest of our boys."

The group of 13 ended up lapping the field and that’s when all the UHC riders were back together.

"This time the odds were in our favor," Murphy went on.  "We have the best crit squad in the U.S and the world, and it’s amazing to wear the Stars and Stripes jersey.”

Bradley White (Holland, Mich./UnitedHealthcare), who ended up leading Murphy out for the win, took second place. He was followed in third by Daniel Holloway (Morgan Hill, Calif./Athlete Octane).