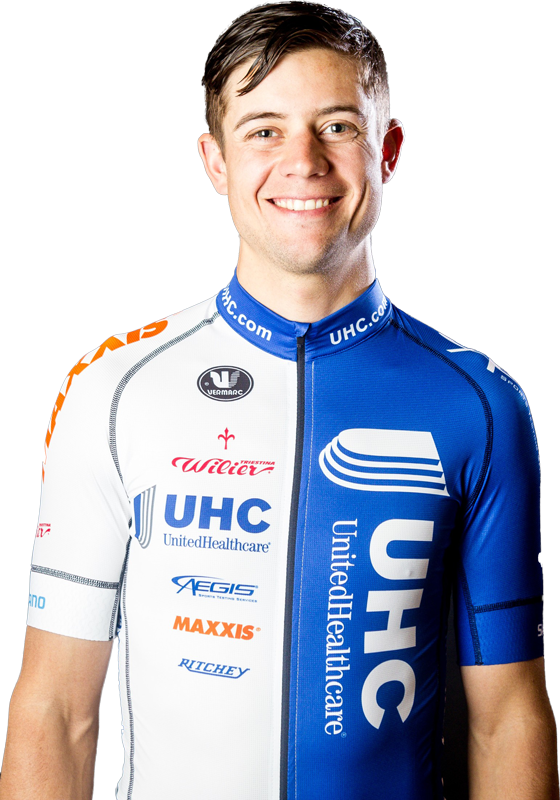 The two Americans riders succeeding in bridging themselves to the lone leader, Javier Megias (Novo Nordisk), before escaping during the final "kick" before the finish in today’s stage.

From there, Howes proceeded to lead-out the duo –  only to be out-gunned by Reijnen’s turn of speed in the final sprint.

“I train with Kiel pretty much every day,” said Howes. “I knew he’d be a good rider today. Honestly I had questions about myself, pretty much full-on since spring. It’s been a long season. To be honest, mentally, I’m losing it . Physically it’s in there, it just takes a bit of digging. When I looked back and saw Kiel there, I figured it was 50/50; when we’re training and sprint against each other, that’s how it usually comes out.”

Berry was the first rider to be dropped from the group, as the race entered Aspen during the completion of the first circuit.

Norris won the day’s first king of the mountains sprint in Snowmass, with Davila second and Jaques-Maynes taking third.

On the second KOM sprint, Norris again took maximum points, followed by Jaques-Maynes and then Cooke.

However, with two laps to go, the peloton was in striking distance of the escapees at only 1:15 back. And, as the race headed into the second lap, the gap was down to 55 seconds.

Summerhill again took the bonus points during the second intermediate sprint in Aspen, followed by Freter and Jaques-Maynes.

From there, the Jamis-Hagens Berman rider rode across the KOM line in Snowmass solo – adding to his tally in the mountains classification.

Shortly thereafter, the remaining escapees were absorbed by the peloton, while Jaques-Maynes continued to remain out front with a 25 second lead.

With less than 6 miles remaining, Jens Voigt (Trek Factory Racing)  attacked from within the ranks of the peloton – quickly bridging himself across to Jaques-Maynes, and took to the front for a bit.

However, with 4.4 miles to go, both riders were absorbed by the peloton, which was being driven in earnest by the Garmin-Sharp team.

At that point, Ben Hermans (BMC) decided to attack from within the group, but he too was quickly reeled back in by the peloton.

“BMC had a lot of cards to play there,” Howes said. “They were kind of messing around to put a little pressure on us. We were in a fortunate position where we could kind of hang back. … That’s racing. Sometimes you bluff, sometimes it punches you in the face, and sometimes it works out.”

It was during a slight rise on the way into Aspen, that Javier Megias (Novo Nordisk) decided to make a go of it on his own.

However, his move was quickly matched by Reijnen and Howes, who soon joined the Spanish rider.

With 750 meters remaining, Reijnen was driving the pace. However, Howes made his move before the final corner, entering the last right-hand bend ahead of his companion.

However, Reijnen was right there on Howes’ wheel, and subsequently came around his rival with a final surge just before the line – to claim the stage victory.