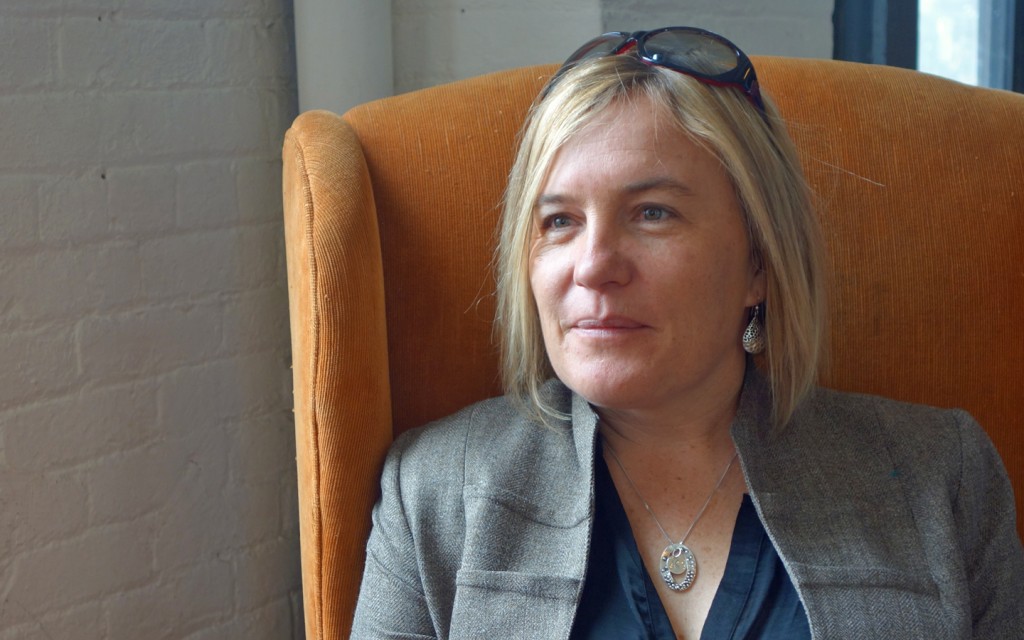 Following the departure of her team’s two major sponsors, Specialized-lululemon team owner and CEO of

Velocio Sports, Kristy Scyrmgeour, is turning to crowd-funding as a means of finding new partners to help continue the future of her team.

Under the banner "Project X", Scyrmgeour has launched a vigorous Indiegogo campaign to ensure the future of her team, and to help perpetuate women’s cycling.

Please show your support and help make it happen !

Making change often means going about things from a different angle. Our mission is to expand the possibilities of cycling team sponsorship and to create a new model for sustainability.

Women’s cycling is on the verge of change and growth. We believe three things can help continue this trend:

1. Increasing exposure – getting women’s cycling broadcast for the world to see
2. Growing the fan base – aligning the huge numbers of recreational women’s cycling with pro bike racing
3. Creating stars for people to follow – telling the stories of the amazing competitors in the Women’s Pro peloton

We believe enhancing these three areas will bring in the sponsors we need to grow the sport.

Project X is about taking our search for sponsorship to fund one of the top women’s cycling teams in the world and addressing these three points. We want to build a link between the recreational cyclist and the pro rider to create an engaged community; by making the team accessible and essentially sponsored by its fans. By building the fan base around the team, we are in turn bringing more exposure to the sport.

We’re following a model that has been proven by countless soccer clubs from around the world and leaning on a tradition made famous by American football’s Green Bay Packers. By becoming a member of Project X you are not just supporting a team, you a creating a foundation upon which the sport can grow. Much in the same way fans did when Billie Jean King championed the formation of the WTA you will be helping to level the playing field, by saying women’s cycle sport matters enough to you that you are willing to make a financial contribution to see this program continue.

We’re looking for you to become a club member of Project X. The size of your contribution doesn’t matter as much as your engagement with the team. Share the project with your friends and family and encourage them to become members as well. Come out and support us at the races or special team events that are scheduled around our race calendar, follow our riders on social media and interact with us to keep growing our community.

Over the next season we’re going to share with you the characters and stories that make up the women’s pro peloton. With your help we want to be able to show the world how dynamic and exciting pro women’s bike racing is.


We are Team Specialized-lululemon, owned and managed by Velocio Sports. You may know us from the amazing-looking race kits we love to don, design courtesy of lululemon, you may have found out about us when you bought you’re own Specialized Bike or maybe you’ve been following us for years.

The team began as T-Mobile in 2005, created by Bob Stapleton and included riders such as Ina-Yoko Teutenberg and Kristen Armstrong. It morphed into Highroad/HTC-Highroad in 2008 until 2012 when it became Specialized-lululemon under Velocio Sports.

We are one of the leading women’s racing teams in the world. In 2012, ten of our riders represented their countries at the London Olympics. We’ve won some of the biggest bike races in the world and we’re the current World Champions in the Team Time Trial.

Right now there’s a huge buzz around women’s cycling as advocacy groups push for change and cycling brands in the industry focus on products for women. This year ASO is featuring La Course, a one day women’s race on the Champs-Élysées which coincides with the final day of the Tour de France.

The event will be broadcast in over 150 countries. This is a huge step in the right direction but we still have far to go.

The women’s calendar is filled with World Cup events which cover the same roads as the men’s spring classics, we have great stage racing such as the Giro Donne, Holland Ladies Tour and The Women’s Tour in the UK. All of these races need to be seen as they happen for full spectator enjoyment and to create return on investment for potential sponsors.

It’s really a beautiful sport. At a grassroots level, more and more women are riding either for fitness, recreation or to commute; and at the top level the racing is so exciting to watch that its bursting at the seams.

We’re hoping through Project X to quantify for broadcasters and for future sponsors the support that exists for women’s racing.

It takes 1.4 million dollars to run a top global international women’s cycling team properly. In most cases, this is one fifteenth of what it takes to run a men’s pro-tour team. The funds cover the salaries of 11 riders and six staff, travel and logistics, insurance and fees for a full year.

We know we can get part of that budget from corporate partners and going forward we will continue to pursue that as an option for the future. What we are looking for is the rest of the budget needed to continue and improve this program in 2015.

This campaign is about two things. One, ensuring this team of female athletes continues competing at the top level in their sport whilst pursuing their goal of representing their respective nations at the next Olympics in Rio. And two, to create some excitement around the team and the sport and to grab the attention of corporate sponsors out there who will see the sport as a viable marketing spend.

Our pledge to you is that when we succeed we will continue doing what we’ve always done, and give back to the sport by furthering the development of women’s cycling.

You’ll be an enormous help just by believing in and supporting the cause by sharing it with your friends and family via social media. The more people this campaign reaches the more likely we are to reach our goal!