Vincenzo Nibali: "I'm Not Even Pushing Myself" 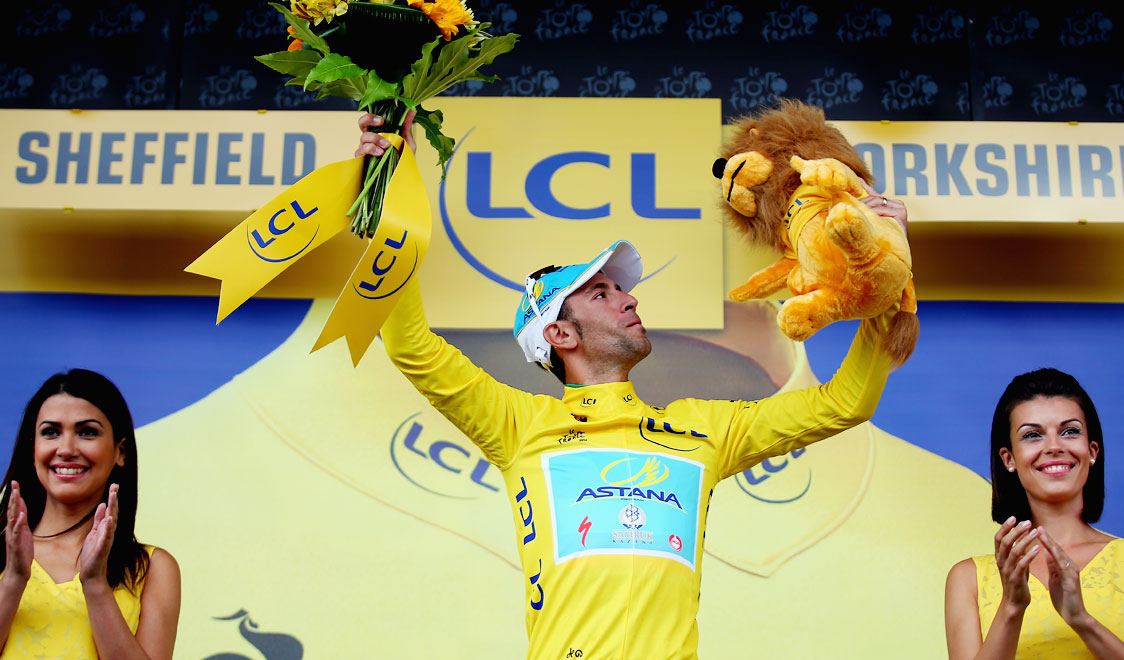 Vincenzo Nibali: "I’m Not Even Pushing Myself"

With victory almost assured, and no real rivals left in this year’s Tour de France, Vincenzo Nibali admits that he’s not even pushing himself  at this point in the race.

Since all three past winners of the Grand Tour crashed out earlier, Nibali has been left to stand out alone.

Last year’s winner, Chris Froome, crashed out on the fifth stage with a broken hand and wrist while former, two-time winner Alberto Contador broke his shin in a fall during the 10th stage.

Andy Schleck, the 2010 champion who was never a serious contender this year, didn’t even ride on French soil- having quit after the opening three stages in Great Britain after he too crashed.

Afterwards, the 29-year-old Italian rider admitted he wasn’t even pushing himself to his limits.

"My condition is very good and I’m ready to push right to the end but when I get to the end of a stage I’m not giving everything because I don’t have to, and I’ve also had an eye on the next stage," he said.

However, he admitted it would have been different had the best riders been there.

"If Chris Froome or Alberto were riding I would need to push much more but then I would also have to manage the race differently and play more of a waiting game," he added.

"When they attack they are more explosive so I would have to be careful.

"I have a lot of respect for these riders."

Nibali credits his success in this year’s Tour, to the long-term planning of his Astana team.

"It’s due to the work that we did with the whole team because we prepared for the Tour," he said.

"We didn’t pick the best riders for the Tour de France, we picked a group and worked together.

"My objective since the beginning of the year was to be ready for the Tour de France and everything we did, we did it together.

"We created a good group not just in terms of the workplace but as friends and that’s our strong point."

Another team that has experienced great success in this years’ race, is Tinkoff-Saxo.

Despite losing their leader, Alberto Contador, during slate 10, Tinkoff-Saxo has won the last three mountain stages.

"We had bad luck on the 10th stage (when Contador crashed) but after that stage we had a rest day and (manager) Bjarne (Riis) and (owner) Oleg (Tinkov) told the guys we needed to fight and win a stage," said Majka.

"We didn’t win one, we’ve won three and I feel good for Paris."

Majka also wrested the polkadot jersey from the shoulders of Joaquim Rodriguez after Tuesday’s stage as well – extending his lead by 30 points.

At this point, the Polish rider has been the only one to show signs that he can beat Nibali in the mountains.

"This is my first Tour de France and I’ve won two stages.

"For me it’s the best (Grand Tour), it has really nice weather always, not like the Giro with the cold and rain. Here it’s warm and hot, I like this weather."