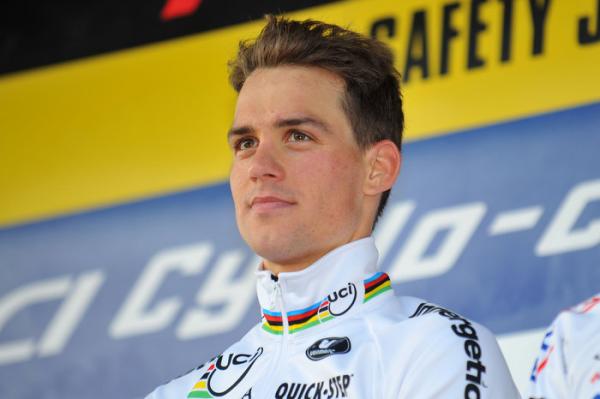 Following Thursday’s spectacular crash during stage 4 of this year’s Tour of Eneco, Zdenek Stybar is recovering in the hospital after undergoing reconstructive surgery on his mouth.

His Omega Pharma-QuickStep team said today, that the Czech rider required internal and external stitching of his lips, as well as three teeth replaced. Surprisingly, he didn’t suffer any breaks or fractures.

Stybar won stage 2 stage of this year’s race, and prior to the start of Thursday’s stage, he was in fifth place in the overall classification.  However, the severity of his injuries forced him to withdraw from the race.

The 28-year-old cyclocross world champion has taken to social media to thank fans and well-wishers, and post up a photo of himself watching the Eneco Tour on television while drinking coffee via a syringe.

He will remain hospitalized throughout the weekend, until doctors feel that he has recovered enough to discharge him.