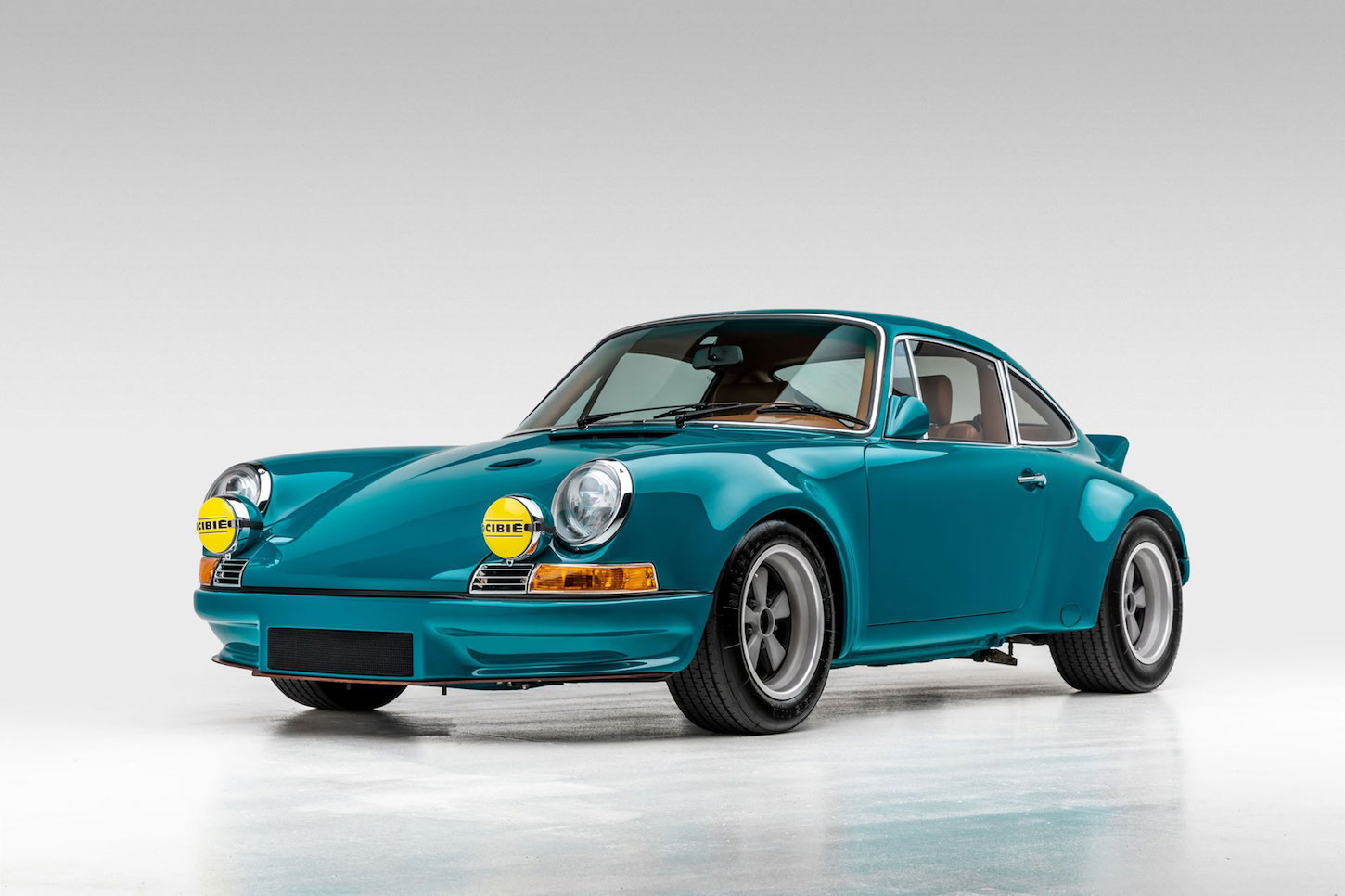 There, our reason for featuring a conveyance that travels on four-wheels instead of two, and develops power via a gasoline powered combustion engine instead of pedaling, has been justified.

But, this isn’t just some ordinary jitney, it’s a custom 1975 Porsche 911 Twin-Turbo RSR designed and developed by Patrick Motorsports.

Indeed, this one-of-a-kind gem emerged from a stripped down 1975 US Model 911 coupe, wherein RSR-style fenders were added to the body, along with a plethora of other custom handcrafted elements, while a new roofline reminiscent of the famed RUF Yellowbird complimented by aerodynamic mirrors, a ducktail spoiler and an oversized grill further punctuate this restoration.

According to Patrick Motorsports, the custom 3.8L engine, complete with dual spark plugs, twin turbos and handcrafted stainless steel headers, is capable of producing a staggering 600HP, requiring several oil coolers and fans to keep temperatures under control, while a G50 6-speed gearbox, 917 type brakes and a 935 style suspension deliver power to the ground.

Inside, the cabin boasts Cognac leather, wool carpets and a custom roll cage and seats, while the seat inserts, doors and accent areas have been  treated to a specially designed weave pattern.

Other noteworthy embellishments include a wooden shift knob and custom gauges that pay homage to Porsche’s vaunted 917, 365 and early 911 models.

But, perhaps the most eye-catching aspect of this vehicle, is the one-off Green-Blue paint that was specially created for this restoration project.

The vehicle is currently being brokered by European Collectables, which you can see more of here.