A Day in the Life of a UCI Race Commissaire 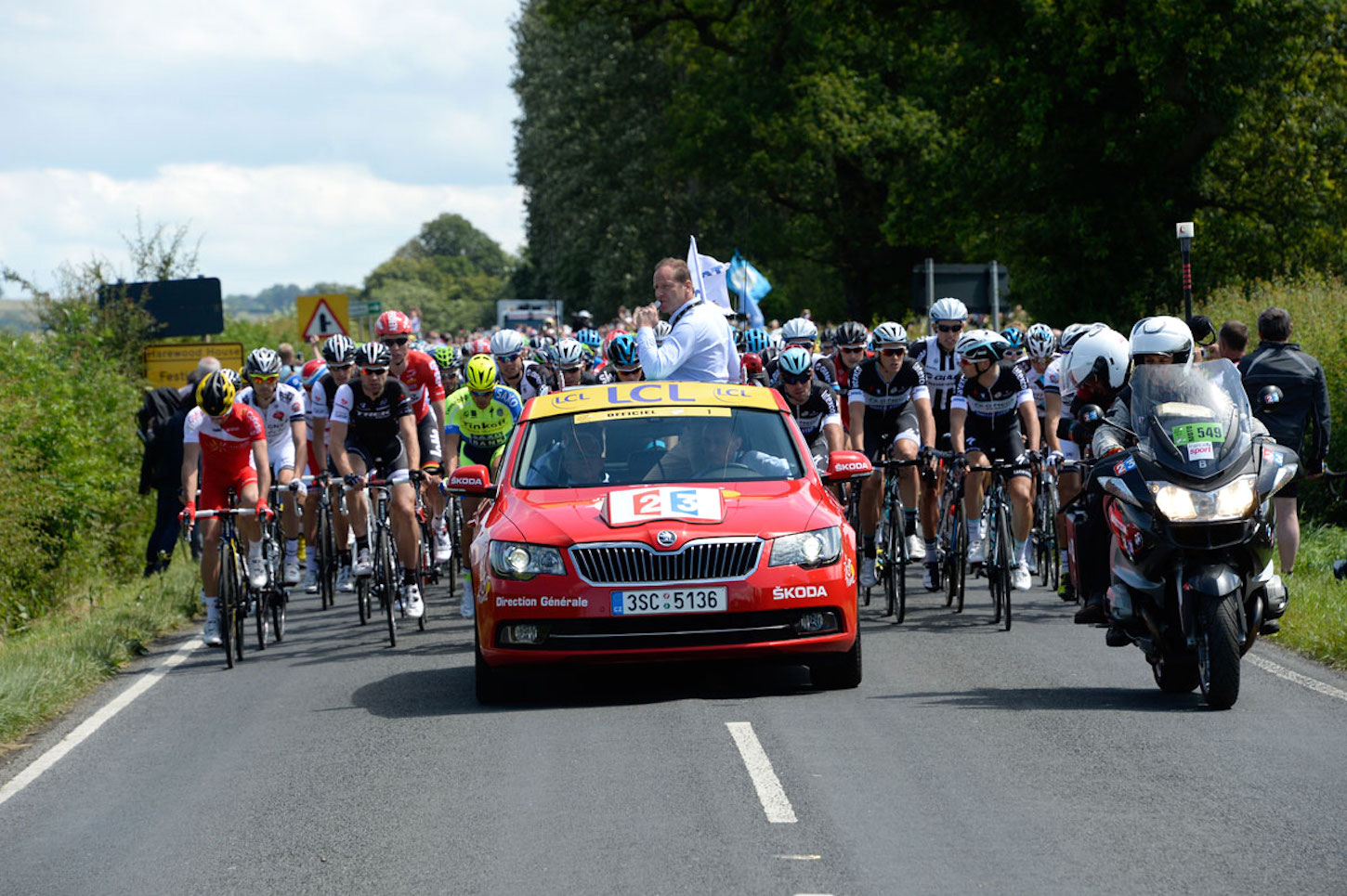 What is the typical day like in an important race for a UCI Road Official? We asked one of the best known UCI International Road Commissaires, Gianluca Crocetti. The 50-year-old Italian from Pontremoli, Massa Carrara province in Tuscany region, was the President of the Commissaires’ Panel at the 2019 Tour de France. It was during that race that he faced the very tricky situation on the 19th stage whena combination of hailstorms and mudslides near Val d’Isère made the road impassable. The jury decided to stop the day’s racing and take the times for the general classification at the summit of the Col de l’Iseran. Egan Bernal wore the yellow jersey from that day to the end.

From rider to international referee

Crocetti used to be a rider himself, “But,” he confesses with a laugh, “with very poor results! I raced until 17 years old with the Velo Sport Pontremoli team then I attended the course to become a regional referee. I started when I was 18, very gradually with all the youth categories, going up level after level until the Elites.”

He became national referee at 28 and started to follow races on a motorcycle: “Actually, I tried for three years before I succeeded. Thankfully, I received support from some more experienced colleagues and I didn’t give up.”

Crocetti joined the team on the Giro d’Italia and, in 2002, had his first international experience at the Vuelta a España thanks to a ‘referee exchange’ plan between the two Grand Tours. In 2004, he was among the five Italian referees chosen by his nation’s head official, Gianni Meraviglia, to become an International Commissaire. After serving as motorcycle referee at the 2004 UCI Road World Championships in Verona (Italy) he went on to work at the 2016 Olympic Games and joined the UCI WorldTour races, becoming the first ever Video Assistance Referee (VAR) during Milano-Sanremo 2018.

Even if the Commissaires’ role is largely invisible to the TV audience, in reality they are working 24 hours a day because an issue can arise at any moment, and it can be something that happens during the day, or that presents a problem ahead of the following day.

It’s fundamental for the jury team to be organised in a way that aligns them closely with the teams of riders. They change hotels every day and gather at breakfast and dinner: “From morning to night, we live as a family,” says Gianluca. “The president of the jury must be able to create the right environment and form a compact group with all the members, rowing in the same direction, both professionally and personally.”

So, what’s the typical day of a referee during an important race?

“We leave our luggage at the reception, and we will find it again at the finish,” he explains. “We usually arrive at the start in good time, typically an hour or two before the scheduled start time, then we have the first important meeting of the day with all the referees, examining the previous stage to calibrate anything that may have to be improved. We divide the tasks, we point out the critical points, we get organised for the intermediate sprints, we set the team according to the altitude of the stage and weather conditions.”

Before the start comes another important moment: “We meet the organisers and we check for any problems. I make a habit of taking a short walk in the team bus area, talking with the sports directors, rather than the riders, taking the opportunity to discuss any fines from the previous day.”

When it’s time for the race, all the team spreads out along the convoy. “The president of the jury is with the Race Director and tour’s radio operator behind the main group. The other Commissaries are in the front and amongst other cars, usually one behind the fifth and the other behind the 15th. Still more Commissaries are on motorbikes, the number and position depends on the rules of the race. For example, in the Tour de France, there are two in the front and four behind plus two timekeepers and finish judges who start from the front and take all the intermediate sprints.”

During the race, the referees manage the sporting aspect from the fights to the irregular routes, and issues such as the cars with guests. There is also a very important recent role, that of the VAR referee: “He is usually in a room at the finish, in telephone and radio contact with the whole jury,” explains Crocetti. “If he notices any serious infractions that may lead to disqualifications or irregularities in the sprints, he will also send videos to the other Commissaires, to make decisions in real time. But it must be a serious issue like a rider’s expulsion or when the riders used the cycle paths in Flanders.”

When the race ends, the referees reach the finish line and gather in the VAR van, where they are shown all the day’s most important moments. “We review all situations that are likely to produce a fine but that are not serious enough for an expulsion. We also call the sport directors of the riders involved to show them the video. All the decisions we take in that moment are irrevocable, so we prepare a communication that is released to the media. Then, we move to the stage headquarters.”

There, it’s time for a conversation with the organisers about the stage. “We report any violations and talk about any situations that need to be improved,” Crocetti tells us. “It’s an excellent rule to build a good relationship with the organisers, we are all in the same boat and we must row in the same direction. With perfect collaboration all the difficulties are overcome.”

That delicate decision in the 2019 Tour de France

How does Gianluca recall that important moment in the last Tour de France when, as President of the Panel, he had to make the decision to stop the 19th stage on the Col de l’Iseran?

“It was an extreme situation but we succeeded in managing it in the best way possible. In a few minutes we took that important decision: we didn’t even have to talk too much or discuss it, because we went straight to the point.

“Every time I think about that day I feel so proud of my team because every single person gave 100%. We didn’t have any electronic tools, so we took all the times manually. And that day became crucial for the general classification.”

Once they reached the bottom of the valley, they worked closely with Tissot to revise all the rankings, and nobody complained about that decision: “Everyone agreed that it was the right decision. Already during the downhill from the Col de l’Iseran we talked with the riders to explain what was going on because they couldn’t figure out what would await them just ten minutes later. At that precise moment the weather conditions during the race were not so serious.”

It was an extreme situation that demonstrates how fundamental it is for the group to work as a perfectly oiled mechanism. What happened post-race was also very important. “During the dinner we tried to eat all together not only to prepare for the next day, but also to release some stress, and have some relaxation.”

What about the rest day? “Usually there is a big transfer, but it’s one of the few chances to spend some time with the motorcycle referees who usually sleep in another hotel quite far away. There is always some issue to resolve regarding the following days, then the President of the Panel spends some time preparing the report for the UCI.”

Crocetti is not only a UCI International Road Commissaire, he also has his own insurance agency where he practices the same philosophy: “I have wonderful collaborators whom I trust blindly, who run the agency when I am often away for the races.”

It’s no coincidence, because this is the true spirit of cycling, where the whole team works tightly together to ensure the right results.