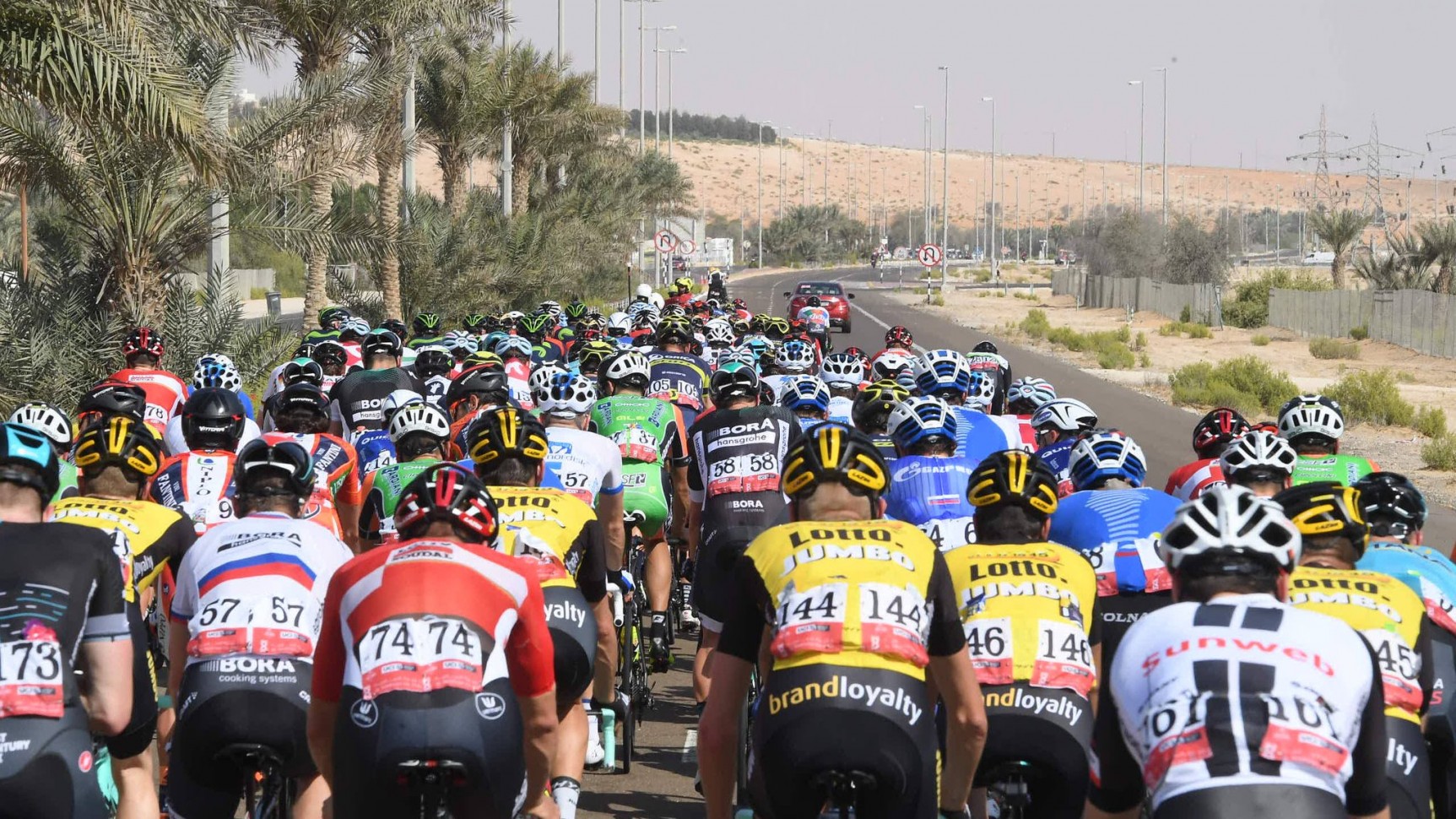 The first of four stages led the riders along a 189 kilometer route from the Baynounah Educational Complex to Madinat Zayet today.

From there, the escapees went on to quickly establish an advantage of around five minutes over the main field.

However, a vigilant peloton kept a watchful eye over the breakaway group, eventually reining in the last of the escapees during the final 16 kilometers.

With four kilometers to go, Alberto Contador was involved in a crash, but the Trek-Segafredo team was successful in guiding him back into the peloton, as such avoiding potentially significant loss of time for the Spanish rider.

However, the QuickStep rider managed to escape without serious injury and was able to rejoin the main field without any significant time loss either.

Up ahead, Dimension Data had both the numbers and the positioning to deliver Cavendish to victory, while Greipel found himself isolated as he struggled to move into Cavendish’s slipstream.

But, the German rider proved powerless to catch the “Manx Missile”, as the Dimension Data rider opened up his sprint for the line.