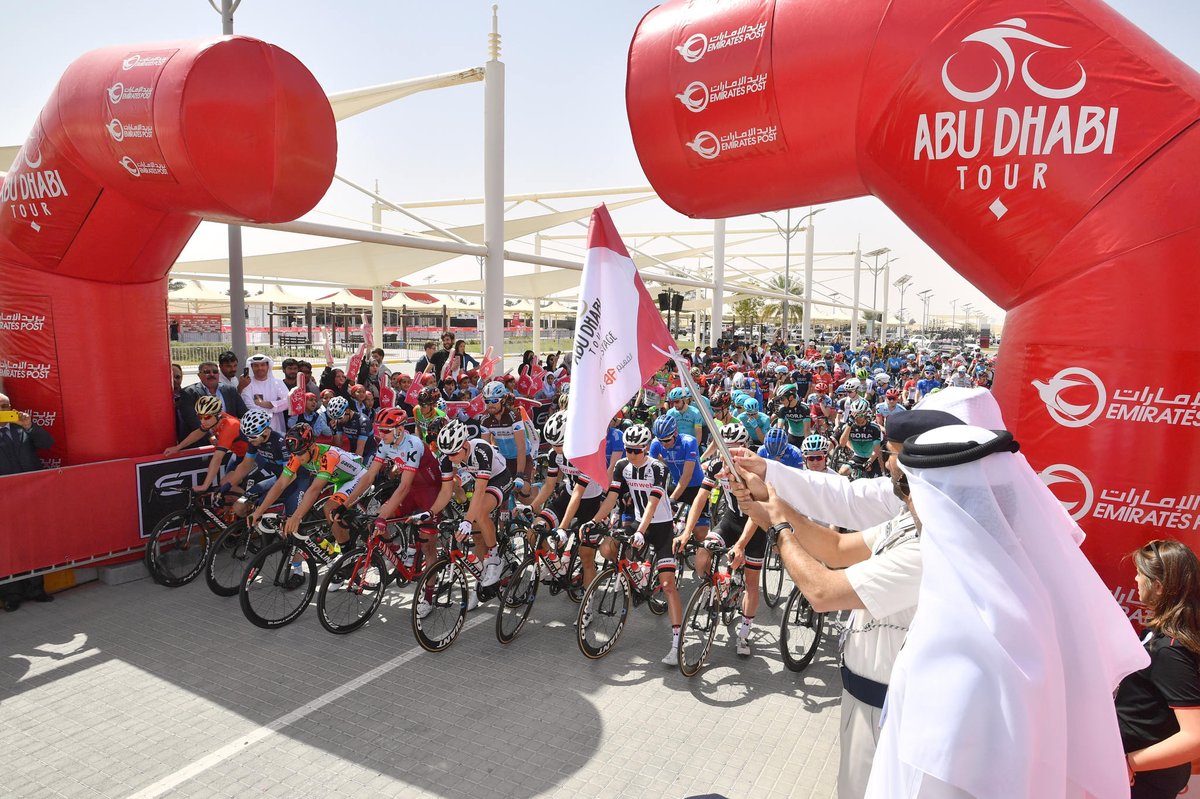 “In the final straight line, I lost my lead-out man Roberto Ferrari but I found the wheel of Caleb Ewan. He’s a really good sprinter but I managed to come around him and keep the lead all the way till the line despite the head wind. It’s a great win for me and also for the team on home ground. Now we can turn the pressure down a little bit. This is our home race. It’s fantastic for me to take my second win of the season here after the last stage of the Tour of Oman last week. I have to thank my team-mates. I wouldn’t have done it without them. It’s a great feeling to win as a team”, said Kristoff after the stage.

While it was a day of celebration for Kristoff and UAE Team Emirates, it was one of despair for Team Dimension Data and their lead sprinter Mark Cavendish, who was forced to exit the race after sustaining a shoulder injury in a crash.

Before the flag had even dropped, Cavendish crashed in the neutral zone, falling on the shoulder that he had broken during last year’s Tour de France.

A shaken Cavendish eventually remounted and resumed racing, only to retreat into his team car just five kilometers into the race.

There were a flurry of attacks from the outset of today’s stage that were animated by the likes of Nikolay Trusov (Gazprom-Rusvelo), Damiano Caruso (BMC Racing Team), Vincenzo Albanese (Bardiani-CSF), Toms Skujins (Trek-Segafredo) and Charles Planet (Team Novo Nordisk), who managed to ride clear of the peloton.

Skujins subsequently attack his breakaway companions before the second intermediate sprint with 60 kilometers still to go. But his efforts proved futile, as he was reeled back in less than 10 kilometers later.

With their advantage down to 1:31, Albanese, Caruso, Skujins, and Planet jettisoned Trusov and set-off ahead as the peloton continued to close in.

Caruso would later stage a lone breakaway with 20 kilometers remaining, but the Italian rider was eventually reined just 7 kilometers later.

From there, the peloton began amassing at the front, with teams moving their respective sprinters into place.

LottoNL-Jumbo and Quick-Step factored prominently in the finale, but confusion saw Kristoff come to the fore and seize the opening stage honors.