“AirDonkey” Turn Your Bike Into a Rental Scheme 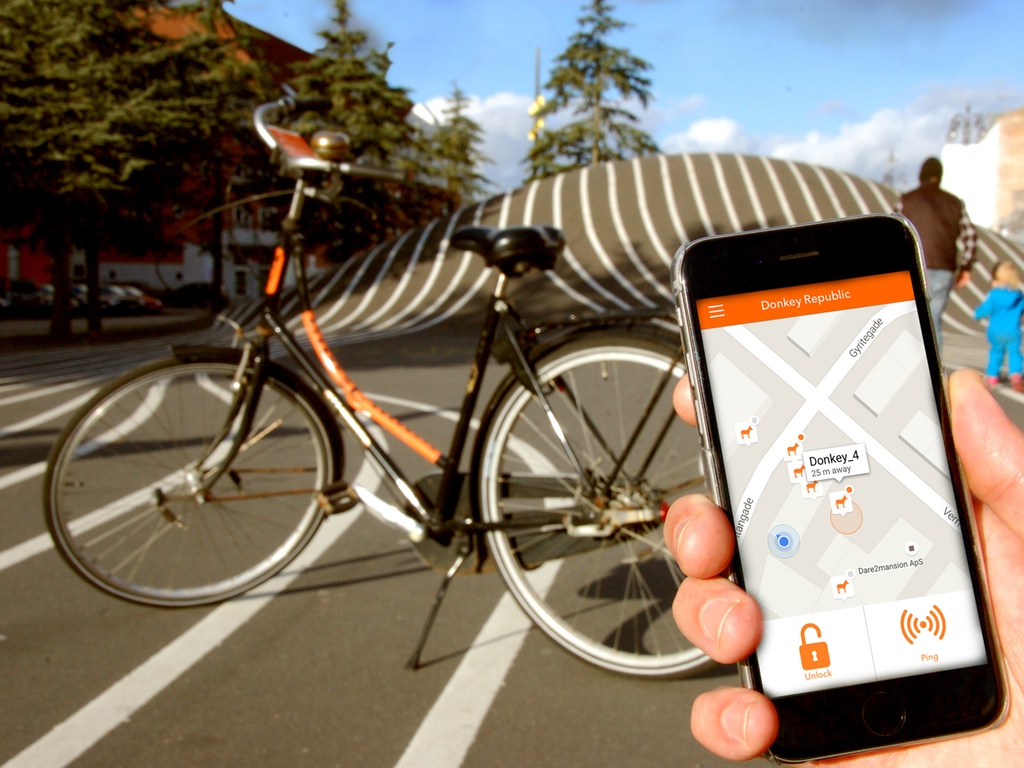 AirDonkey is personal bike rental scheme, wherein cyclists are provided a specialized lock and platform, that together, allow them to rent out their bike in the simplest way possible – while renters can find a bike for rent with the simple click of a button.

AirDonkey’s Donkey Republic has tested the lock and platform in and around Copenhagen, and they say the system works.

“We have served more than 300 paying users since June, and have more than 10,000 trips on Donkey system and locks.”

Touting themselves as “bike-crazed” entrepreneurs based in Copenhagen, AirDonkey was eager to create better urban areas, with bikes being a great place to start.

AirDonkey believes, that people on bikes, rather than in cars, have immediate benefits, such as lower emissions and air pollution, while increasing physical activity, improving the local economy, and increasing general safety – amongst others.

According to DonkeyRepublic, their figures show that bike owners received rental requests 10% to 30% of the time, when their bikes were available.

Using our smart lock, turn your bike into a rental bike. While you enjoy some extra cash, let the visitors experience the city on your two wheels.

Got a spare bike collecting dust? Put an AirDonkey Lock on it, and let others enjoy cycling in your city. For every extra bike that is made available, we are one step closer in the quest for a world where the bicycle is the preferred mode of transportation. AirDonkey brings both the community and the technology to this vision, so anyone with the app has instant, anytime access to a bike wherever they might be.

Our aim is to empower bike owners with a means to share their love of bicycling with others while earning a little extra cash on the side by doing so. By bringing bikes to the masses, AirDonkey paves the way for more cyclists on the road, which has proven to be immensely beneficial to society on so many levels. And let’s not forget the most gratifying part of riding a bike; it’s fun!

To learn more about AirDonkey, check out their Kickstarter campaign at: https://www.kickstarter.com/projects/2084861579/airdonkey-join-the-bike-sharing-revolution