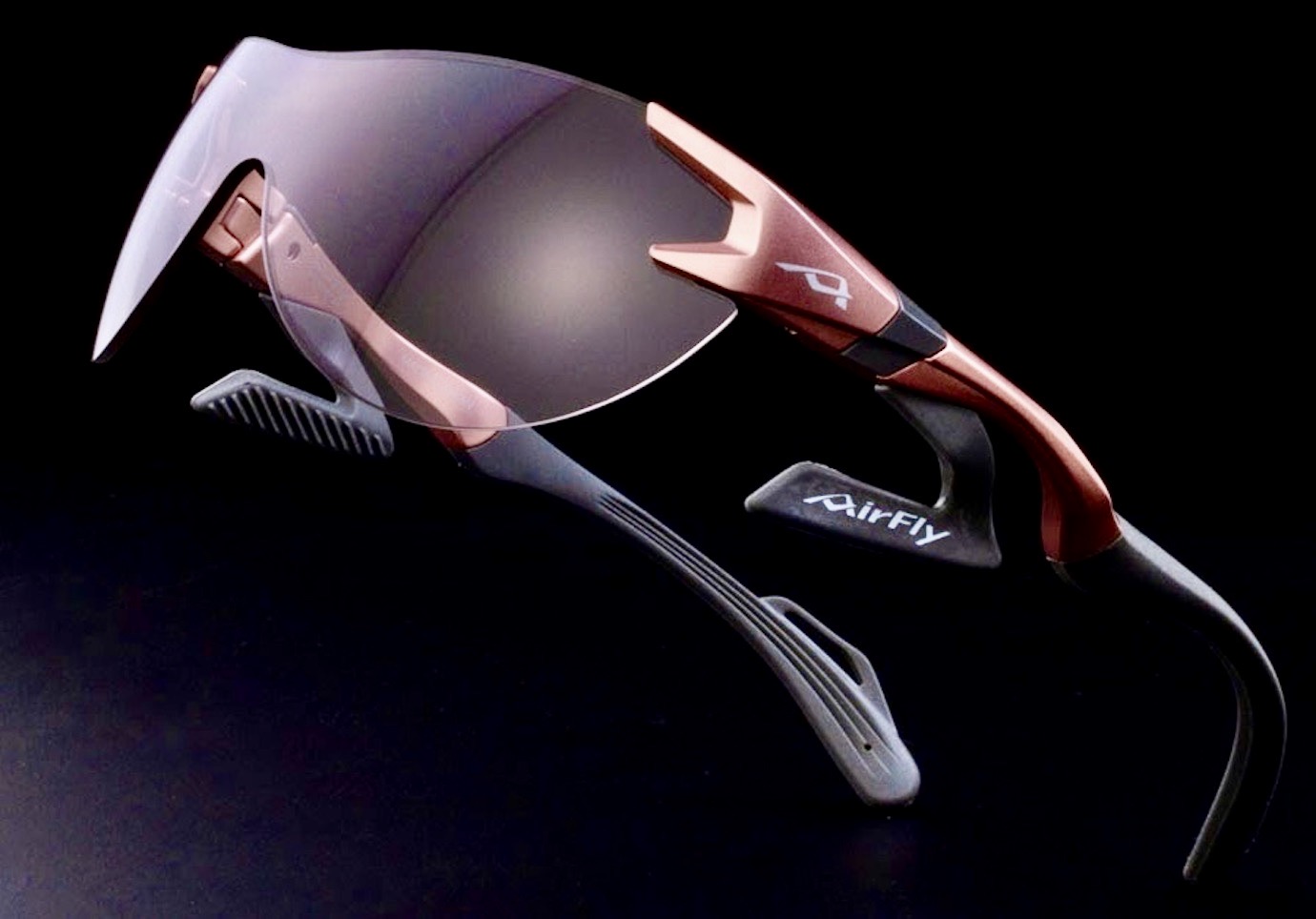 The Japanese startup Zygospec has launched a new brand of sunglasses called AirFly, claiming to be the world’s first floating design that does away with traditional nose pads in favor of an innovation side-pad system.

Zygospec says it’s tested more than 1000 pairs with both amateur and professional athletes, taking into account all types of conditions, as well as a variety of facial structures in order to ensure optimal performance and fit.

“AirFly’s nose pad-free system evenly distributes the weight of the sunglasses on the wearers’ cheekbones and temples instead of on the nose or the ears. The fully adjustable temple arms and side pads not only allow perfect fit on any face shape but also hold the glasses in place during the most extreme movements. This innovative structure also allows for more airflow, just enough to prevent lenses from becoming foggy and slippery. Our design solves the common issues of athletic sunglasses today and lets the wearers concentrate on their performance. Combined with its featherweight, AirFly brings ultimate comfort to you,” says Zygospec.

AirFly was founded by Masaki Yoshimura, a triathlon enthusiast himself, who went on a quest to develop a design that eliminated the discomfort he experienced with traditional sunglasses.

First, Yoshimura tried creating various styles of nose pads. But, according him, they failed to provide excellent fit and comfort during long hours of training and competition. From there, he developed his patented floating side-pad design over a two-year period.

“Sunglasses are essential for athletes training and competing outside. Not only do they protect their eyes from harmful UV exposure and dust or insects, but also from fatigue, headaches, and stress that can come from straining and squinting of the eyes,” says Yoshimura.

Launching next month on Kickstarter, Zygospec will present the latest generation of AirFly at a special introductory price of $89 for early-backers. The official launch of AirFly worldwide is planned for later this year at the price of $128.

Two different models 6C (for wider head) and 7C (for narrower head) will be made available along with options to make the lenses polarized or photochromic. The frames will be available in 4 colors for each model.