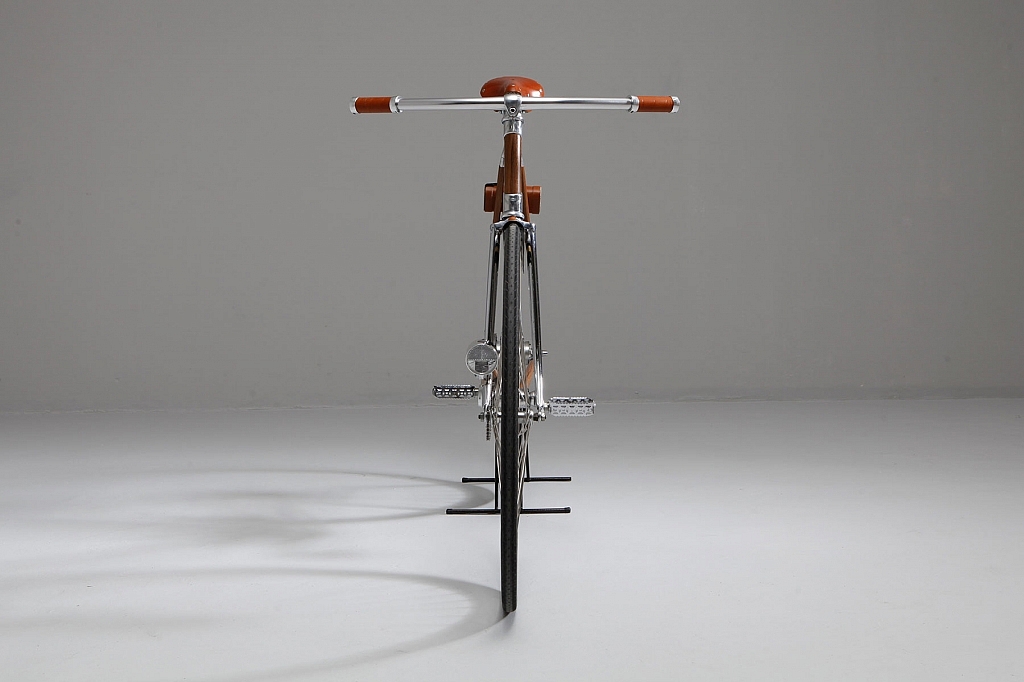 In a moment of luck, the Netherlands-based framebuilder, Junior Hoefsloot, found the Alan in all places – a metal scrap yard.

From there, Hoefsloot brought it back to his workplace, and began the process of bringing it back to life.

Both a philanthropic foundation and a workshop, Hoesfsloot’s Villa Boerebont MOER, trains underprivileged youth in the life-long skills of woodworking, bike mechanics, farming, and baking.

Together, he and his students, turned the Alan into this glorious fixed-gear bike.

However, this involved not only refurbishing every part of the frame, but also sourcing an appropriate fork for it, which turned out to be a vintage Tange.

In addition, the bike was also fitted with a Sturmey Archer crankset, a polished SR stem, a Mavic 610 bottom bracket, customized fenders, and final touches that included a Brooks saddle, grips and a handmade leather bag.

It took more than a year to complete the project. And, once it was finished, the Alan was affectionately given the name “Minna”.