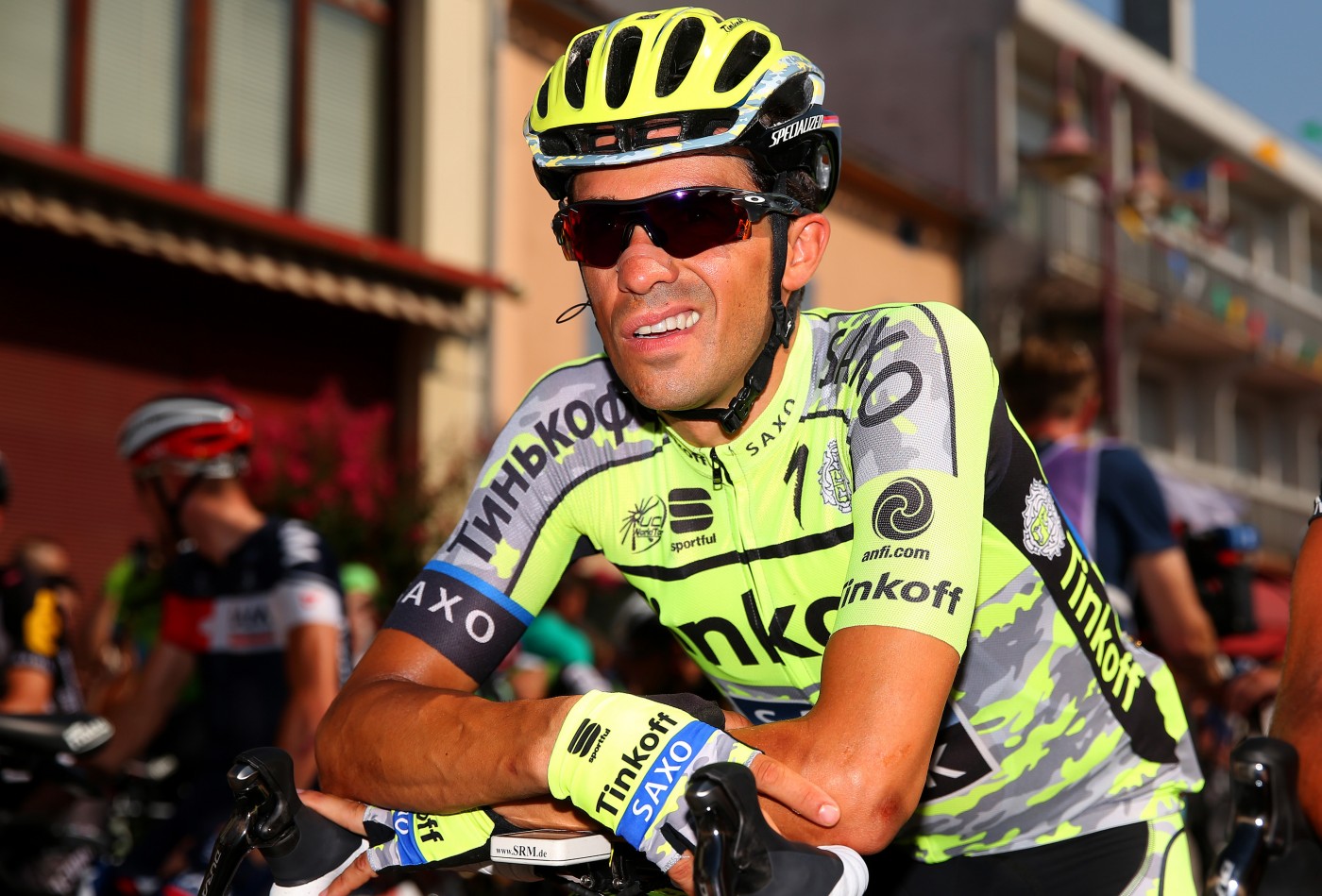 Contador was seen trying a make his way across to the day’s early breakaway group, only to retreat back into the peloton.  After that he spent much of his time just off the back of the main field, deep in converstation with his team car.

Not long after, the Spanish rider climbed off his bike  two thirds of the way up the second first-category climb, and gave an apologetic wave before withdrawing to his team vehicle.

“Alberto had a bit of fever this morning. He told us at the beginning of the race that he wasn’t feeling super and it’s obvious,” Tinkoff directeur sportif Sean Yates told French TV.

Previously, Contador was caught up in two separate in crashes before abandoning the Tour. The first was during the uphill finish in stage 2, followed by the finale of the Massif Central stage 5.

During yesterday’s stage, the Tinkoff rider conceded nearly two more minutes to his rivals, putting his hopes of a third yellow jersey all but over.

With the fever adding another layer to his woes, Contador promptly threw in the towel today.