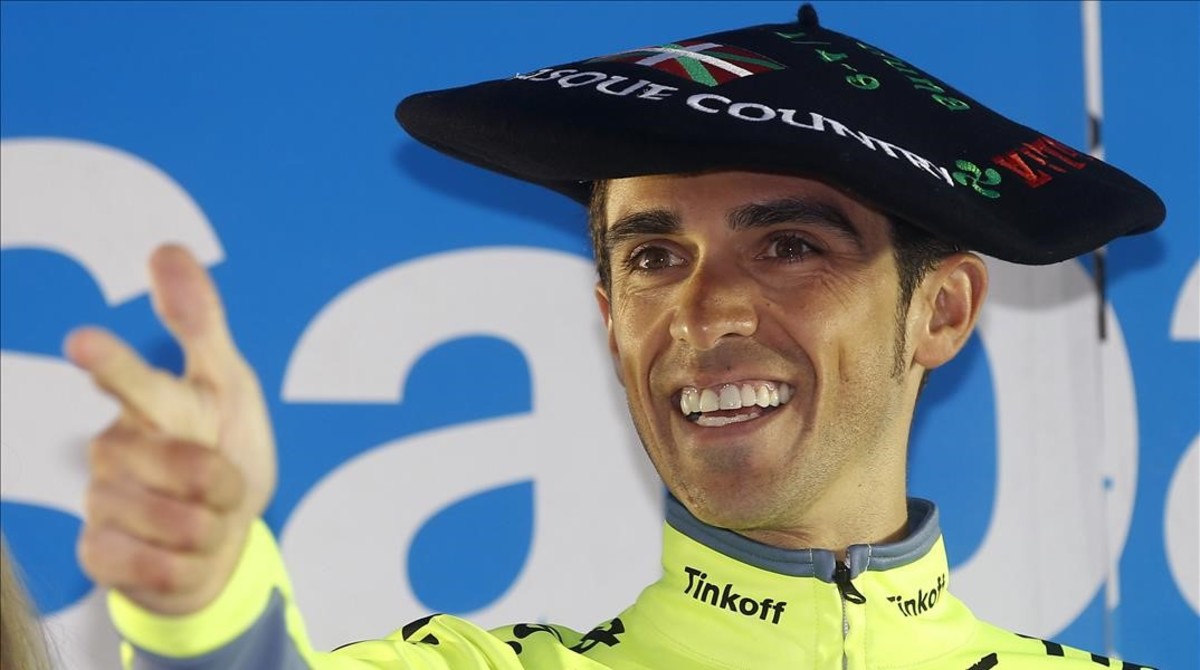 Following his triumph in this year’s Vuelta al Pais Vasco yesterday, Alberto Contador is rethinking his plans to retire in 2017.

“The fans were crazy today at the time-trial. I consider the Basque fans to probably be the best in the world and since my amateur days I have strong links to this place,” said Contador who also won the race in 2008, 2009 and 2013.

Despite trailing the shadows of riders like Sergio Henao (Team Sky) and Wilco Kellerman (LottoNL-Jumbo), not to mention th ever-present NairoQuitnana( Movistar), Contador succeeded in vanquishing his rivals with a crushing performance in the final, uphill Individual Time Trial.

“For me it was a pleasure racing and winning the Vuelta al Pais Vasco,” added Contador who last won a race at the 2015 Route de Sud. “It’s a very hard race, one that is difficult to control and where a thousand things can happen. When I think about it, it still seems incredible that I won. I’d like to dedicate this victory to all the fans and to Oleg Tinkov for his support, his passion and for making this team a reality. This victory goes to him.”

While Contador has consistently stated that the 2016 season will be his last in the professional peloton, the 33-year-old explained his start to the season has him reconsidering his future.

“Recently, I have been pondering and thinking about my future with my entourage and most probably I will continue riding. I’m sure this isn’t the last time I come here,” he said. “To be honest, I don’t like finishing second. After two second places in Paris-Nice and Catalanuya, this is a nice victory. However, I’m aware that the level of the peloton is always very high and there are strong rivals. However, it’s good to finish this part of the season and go to a much-need rest with a victory.”

“Thinking it over with my family and my team and seeing how I am enjoying what I am doing, I think for the moment I am going to leave this idea to one side.”

“I have worked very hard this winter to be in this shape,” added Contador.

“I have done very well in all the races, but a couple have escaped for a few seconds, perhaps because there hasn’t been a time trial or other factors. This one I was able to win and I’m very happy.”